Monastic residence A, located south of the main church complex, was only partially excavated by the original Scriptorium team. The structure underwent several building phases.

A central multi-roomed dwelling was adapted and expanded to accommodate more cells, prayer areas and cooking facilities. A prayer area and a double hall were added during the second phase of construction, and both contained the fragmentary remains of wall paintings with images of Christ and the saints, angels, and monks.1 The double room hall most closely parallels designs at Kellia where larger rooms were sometimes built to accommodate more guests as such sites increased in popularity as a places for pilgrimage. The painted fragments recovered from this room included one with an inscription identifying one face as that of Poemen, a well known desert father of Scetis.2 The ceramic material collected by the Scriptorium team extended from the Late Roman (early fourth century) to the Fatimid periods.3 The recovery of over forty complete amphorae from the late Byzantine and early Islamic periods demonstrates that the residence was occupied during the seventh to ninth centuries. 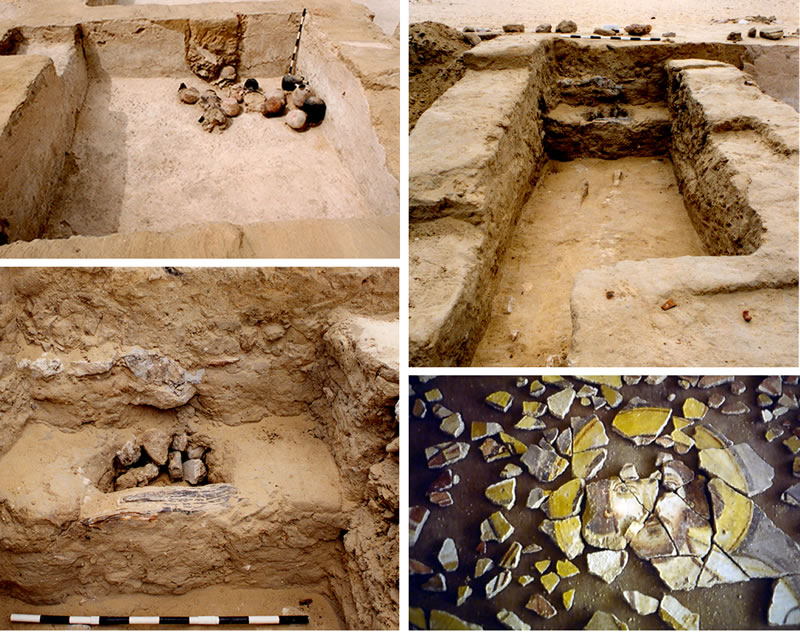