Yale undergraduates may choose the Egyptology track from several possible tracks within the department of Near Eastern Languages and Civilizations. As with all tracks within the department, this major requires that the student complete twelve term courses that apply specifically to the major. For the Egyptology track, at least four of these courses will be in ancient Egyptian language: two terms of Introduction to Middle Egyptian and two terms of Intermediate Egyptian text courses or their equivalent.

All advanced text courses listed in the Graduate Bulletin are open to qualified undergraduate majors. Students may also choose from a variety of lecture courses on Egyptian history, religion, and archaeology and may apply to their major appropriate courses from other departments, such as Anthropology and Religious Studies. 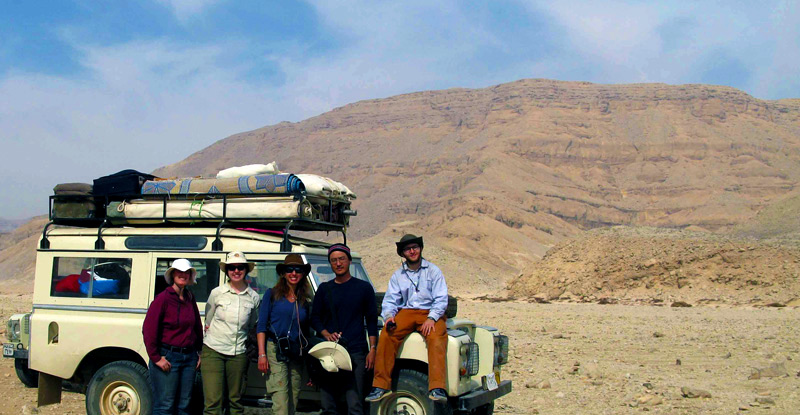 Students may also begin the study of a related ancient Near Eastern culture, such as Assyriology, or the study of modern Arabic. Qualified undergraduate students may also participate when possible in Yale sponsored expeditions, both during the summer and winter recesses. During their final year of classes, each Yale undergraduate writes a Senior Essay in his or her major field, of either one or two semester length. Yale undergraduate majors are encouraged to develop their own research projects based on a variety of sources, including material from Yale expeditions and artifacts housed within the Yale Art Gallery, the Yale Peabody Museum, and Beinecke Rare Book and Manuscript Library. As appropriate, the Egyptology program at Yale is able to fund the participation of qualified undergraduates in national and international conferences as well as participation in both Yale-sponsored and outside field work.