For our second season of work in May-June 2007, the YMAP team selected an archaeological mound immediately west of the trash deposit we excavated in 2006. The mound measured roughly 700 m2 and exhibited visible surface signs of subsurface architectural remains. Our excavations began in the southwest corner of the mound and extended over an area of 340 m2. 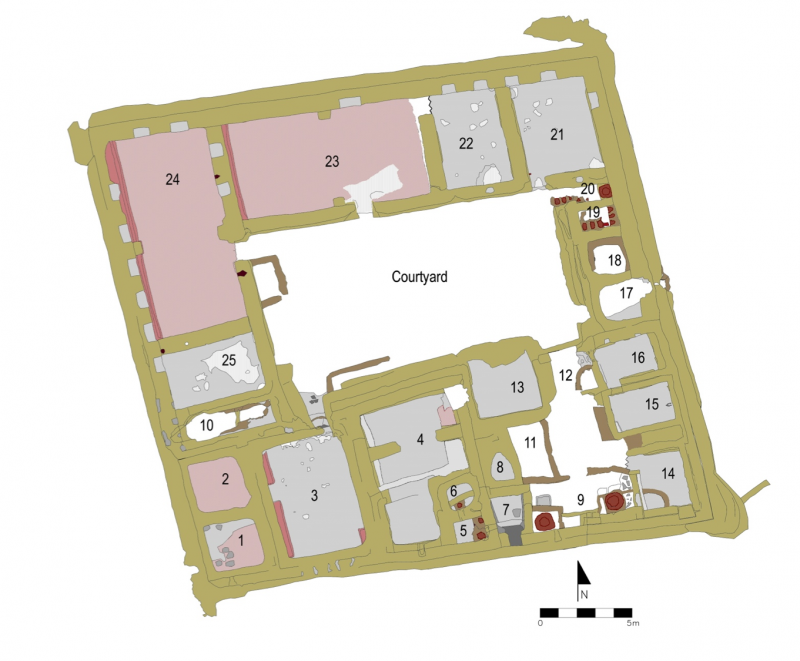 The building that we uncovered was a multi-room, monastic cell complex constructed from mud-brick (Residence B). Excavation of the structure was completed in May 2012, after five seasons of excavation (2007–2010, 2012). In addition, three study seasons dedicated to finds analysis were conducted in 2011, 2013, and 2014.

On the basis of ceramic analysis, the occupation of the structure can be dated to the ninth century CE. As such, this structure may represent rare evidence for the survival of semi-hermetical social monastic organization during the early medieval period. The use of the building as a place of visitation continued in the tenth century, as evidenced by two dated dipinti found in Room 3. The architecture of Residence B differs in significant respects from the typology of buildings found elsewhere in Lower Egypt. 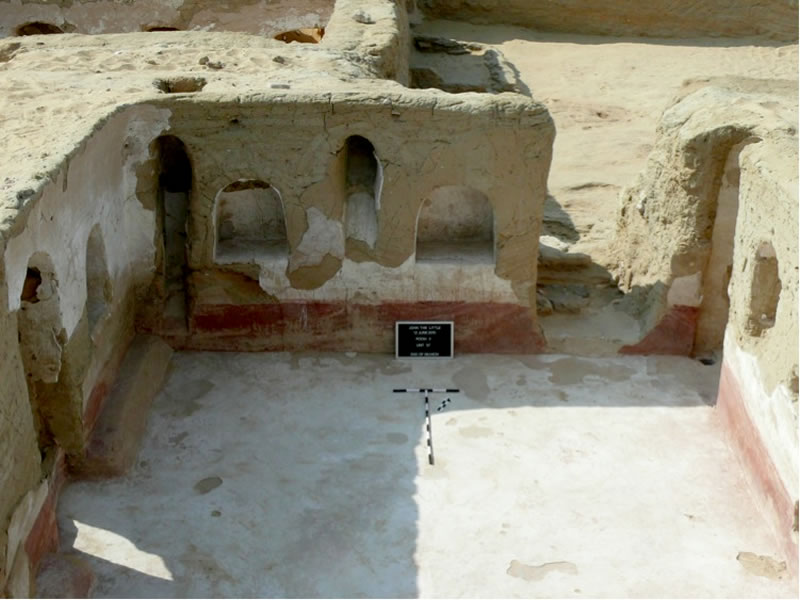 Unlike at Kellia where the central residence is found in the northwest of the complex, Residence B at John the Little was constructed with the southwest quadrant as its core and then later was remodeled and extended to the north and the east. This information suggests that there may have been be regional differences in monastic architecture that we will continue to explore as we excavate more hermitages in the future. 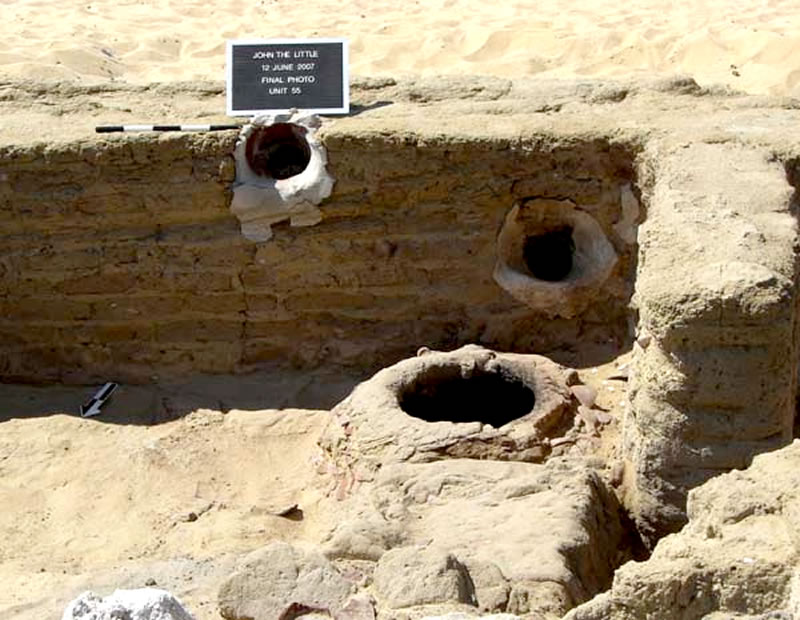 The finds recovered from the excavation include fragments of glass windows; glass vessels; several coins; small animal bones (mostly of rodents); ceramics, and wall plaster featuring dipinti (painted inscriptions), crosses and figural motifs. The majority of evidence for painted motifs was found in Room 3. While some of painted plaster remains on the walls in situ, much of it survives in fragmentary form, having fallen off the walls at an earlier time. The in situ paintings are primarily found on the west wall and the west end of the south wall: they include crosses in both red and black. The fallen and now fragmentary wall paintings depict equestrian saints, the monks Onophrius and Paphnutius, and Christ represented as a Lamb. 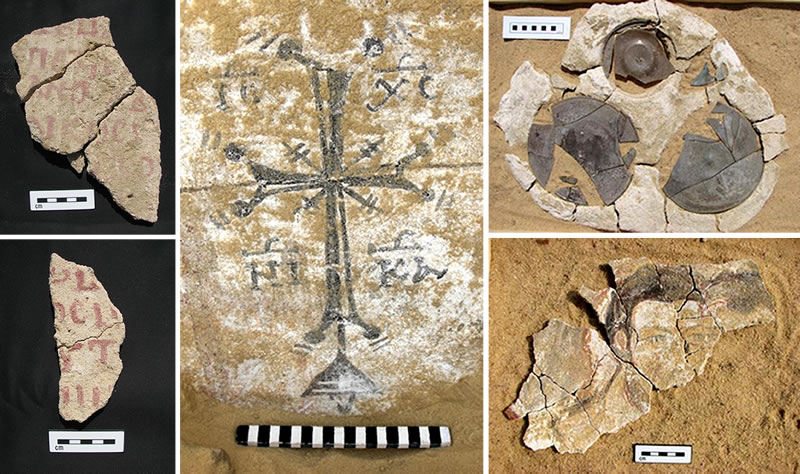