The Life of Natacha Rambova

The following text is a summary of C. Manassa and T. Dobbin-Bennett, “The Natacha Rambova Archive, Yale University”1

By age 17, Rambova had moved to New York in order to dance professionally with Theodore Kosloff’s Imperial Russian Ballet, and because of this dancing career she took, and later legalized, her Russian name. At the conclusion of the United States tour in 1917, Rambova took on a teaching role at the dance school opened by Kosloff in Los Angeles and designed costumes for Kosloff’s film projects with Cecil B. DeMille. Involved with Kosloff both professionally and personally, Rambova initially allowed Kosloff to present her work as his own. After Rambova was revealed as the artist behind a set of drawings for Russian actress AllaNazimova, Nazimova hired Rambova; their film collaborations included Salome (1922), for which Rambova developed and executed the set and costume designs realizing three dimensional versions of images in Aubrey Beardsley’s drawings for Oscar Wilde’s Salome.2 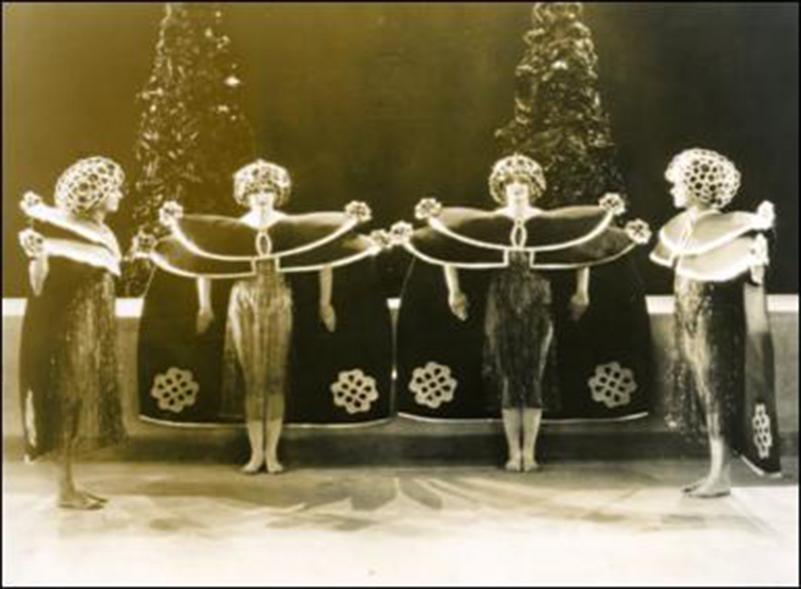 During Rambova’s film work with Nazimova, she met her future husband, Rudolph Valentino. After problems with Valentino’s divorce from his first wife, Jean Acker, and charges of bigamy for marrying Rambova in Mexico, Valentino and Rambova were legally wed on March 14, 1923. Rambova’s relationship with Valentino flourished even during this difficult time, and in the summer of 1923, Valentino signed a lucrative and favorable contract with the Lasky-Paramount studio. During the first half of the 1920’s, Natacha Rambova focused her creative energies on the career of her husband. She designed and oversaw the sewing of dozens of historically accurate costumes for Valentino’s come-back film with Paramount Pictures, Monsieur Beaucaire (1924); this film represents one of the pinnacles of Rambova’s design career and was a critical success. Unfortunately for Rambova, her increasing involvement with Valentino’s movies and his public image were not well received; her own considerable abilities and her personal visions for both Valentino’s career and her own made her an unwelcome creative force in a business that did not always either welcome or admire overt expressions of intelligence and forcefulness in actors and their associates — male or female. When Valentino signed with United Artists, his contract specifically forbade Rambova from being on set with her husband. 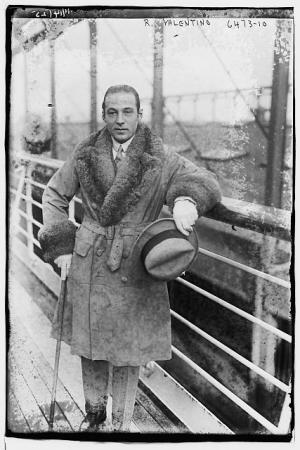 The tension in Valentino’s and Rambova’s professional lives contributed to their divorce in January, 1926. During the financial and professional stress in the year leading to their split, Rambova began to explore the theosophical doctrines of Helena Petrovna Blavatsky, and these early forays into spiritualism would later be the gateway by which she entered the study of symbolism and ultimately Egyptology, and ever after remained a large part of Rambova’s life. After a short additional stint in cinema and a brief career in fashion design outside of film,3 Rambova began to spend more time abroad, and in 1933 she married the Spanish Count Álvaro de Urzáiz. At the outbreak of the Spanish Civil War, Rambova was living with her husband in Mallorca, but sought safety at her family’s chateau near Cannes, before returning to the United States in 1939. Upon her return to the United States, Rambova devoted herself to the study of ancient religion. She had first visited Egypt in 1936, sparking what would become the focus of her later scholarly pursuits; during Rambova’s stay in Luxor she met Howard Carter, who had discovered the tomb of Tutankhamun fourteen years earlier. 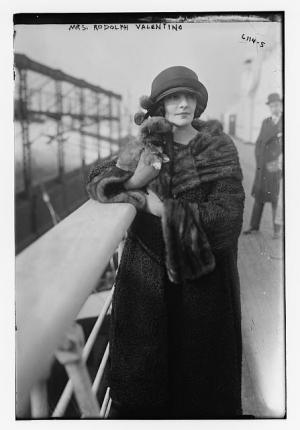 Rambova did not have formal training in ancient religions or Egyptology (although she studied for a short time with Stephen Glanville at University College London4), and her interest in the fields stemmed more from an abiding fascination with spiritualism and astrology than any earlier passions for philology or archaeology. Yet her writing, even on seemingly non-scientific topics, was well researched and intended to explore, analyze, and explain “essential cosmological symbols;”5 although her stated aim of research was to find evidence for the Atlantean origins of “universal” symbolism from around the globe, Rambova appears early to have recognized the need for a multidisciplinary and scholarly approach to the esoterica that interested her. As Michael Morris notes about her articles on astrology for American Astrology in 1942 and 1943: “She incorporated into her argument a remarkable knowledge of varied fields, including physics, metaphysics, symbology, cosmology, alchemy, mythology, and numerology.”6 The topics of informal courses that Rambova conducted in her New York apartment during these years included astrology, Theosophy, and comparative symbolism. Through these small gatherings, Rambova influenced like-minded individuals, such as Maud Oakes, whose research on a remote Quiché village in Guatemala became a Bollingen Series monograph, The Two Crosses of Todos Santos, a study that was well received despite Oakes’ “unorthodox methodology” as someone “without academic training.”7 Similarly, and despite her equally unorthodox albeit vastly more flamboyant background, Rambova contributed to the field of Egyptology in a serious and concrete fashion through her collaboration with Alexandre Piankoff and the Bollingen Foundation.

In 1957, Rambova moved to New Milford, Connecticut and devoted her time to researching a comparative study of ancient religious symbolism, which she continued virtually unabated until her death in Pasadena, California on June 5, 1966.