The ‘Atbai’, the local name for the Eastern Desert of Sudan, is a rocky region punctuated by ancient goldmines, nomadic camps, rock art, and the vestiges of ancient Egyptian expeditions. The Atbai desert is the home of nomadic groups known variably as the Medjay, Blemmyes, and Beja in Egyptian, Classical, and Arabic documents respectively. This fieldwork project is dedicated to understanding and elucidating the relationship between indigenous nomads and ‘foreign’ Egyptian and Nubian riverine cultures who ventured into this desert. The survey aims to map the ancient Egyptian exploration of this desert and also properly anatomize the local pastoralist indigenous cultures. The 2018 season is the first of what is hoped to be a longer project investigating the relationship between nomads and urban states in the context of one of the world’s most ancient goldmining regions. 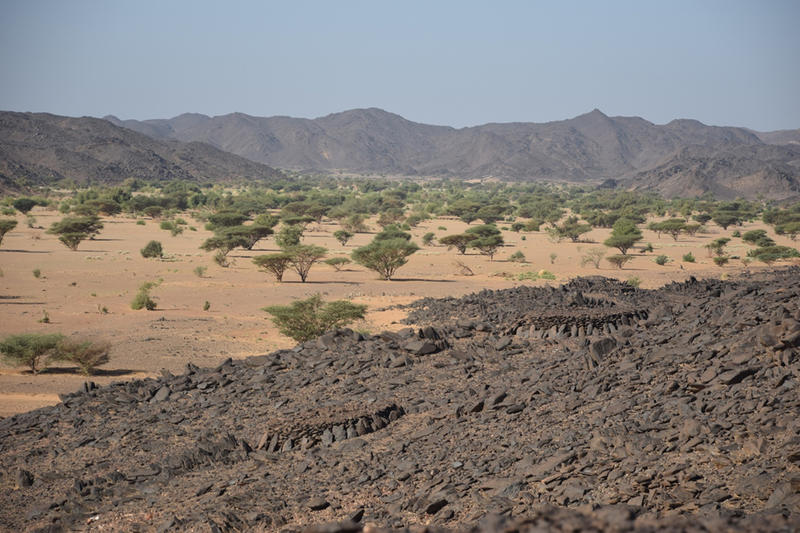 Figure 1: Acacia forests in the Atbai Desert, near Bir al-Ajjami

The deserts east of Lower Nubia is an arid region containing the vestiges of ancient Egyptian desert tracks and remains from local Mesolithic and Neolithic occupations. Surveys in this region identified two new rock art sites, one a large tableaux depicting a ‘fleet’ of boats at the top of an isolated gebel and another a remote cave in the midst of a rocky pass depicting a hunting scene along with other fauna, including cattle, giraffes, goats, and dogs. The rock art sites both likely date to from the Neolithic into the Early Dynastic (c. 3100 BCE). Boat petroglyphs of this nature are unique this far south and east, and this depiction may change our assessment of trade routes and foreign activity in this remote desert. 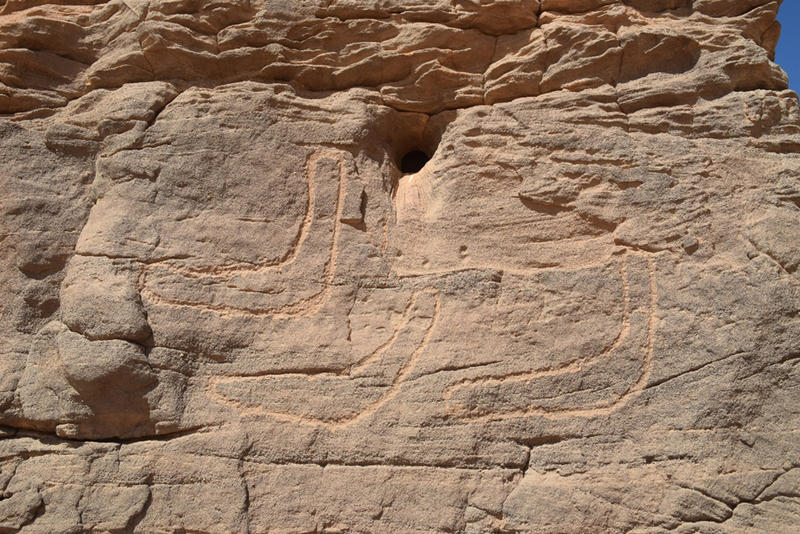 Figure 2: Boat petroglyphs at an unnamed mountain in the Eastern Desert of Lower Nubia, dubbed by the expedition Gebel Maraekib ‘Mountain of Boats’ 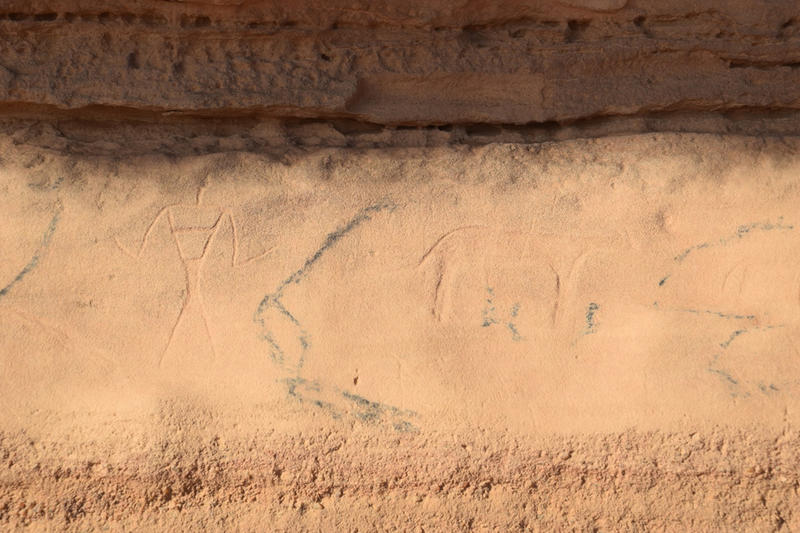 The region of Wadi Amur is a relatively fertile valley in the Atbai, where acacia forests and grasses provide a favorable ecology for pastoralists. A highlight of the 2018 survey of this region was the work conducted at a goldmine and settlement known locally as Alitiatib (previously known as ‘Aliakateb’). Analysis of pottery and other finds at the site revealed its Late Antique date (c. 3rd-9th Centuries CE) with large amounts of ceramics belonging to the local nomadic cultures, so-called ‘Eastern Desert Ware’. The survey also discovered a large number of unique ceramic fertility figurines next to a tumulus, perhaps scattered there as a result of tomb robbing.  These figurines are known from two other sites in the desert but have not yet been found in tombs. Their purpose and meaning to the local cultures are somewhat of a mystery, they likely served some ritual fertility purpose, but we know very little of the indigenous traditions of these ancient nomads. Other discoveries included ‘ring-tomb’ cemeteries of Late Antique age as well as a multi-period occupation site at the mountain of Di’irabab. 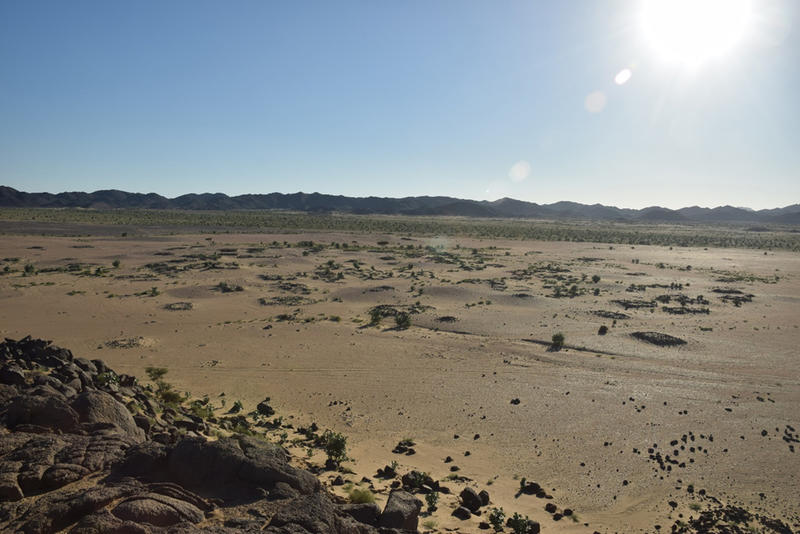 Figure 4: The goldmining settlement of Alitiatib 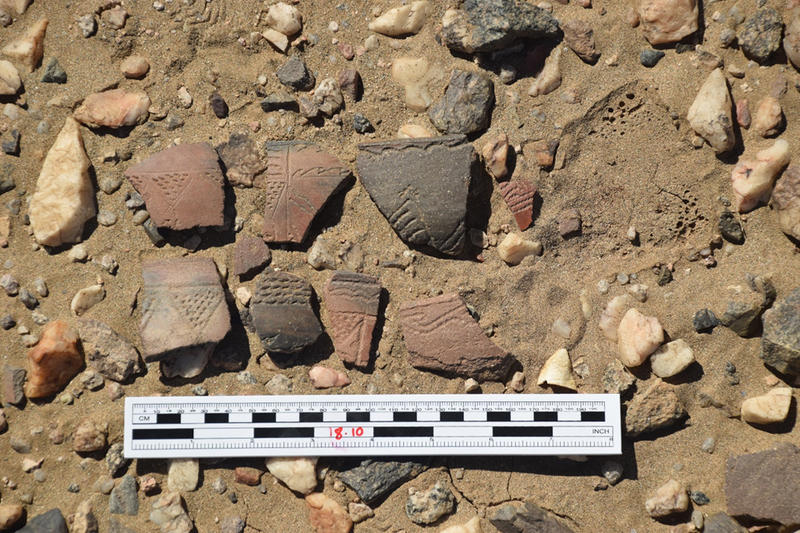 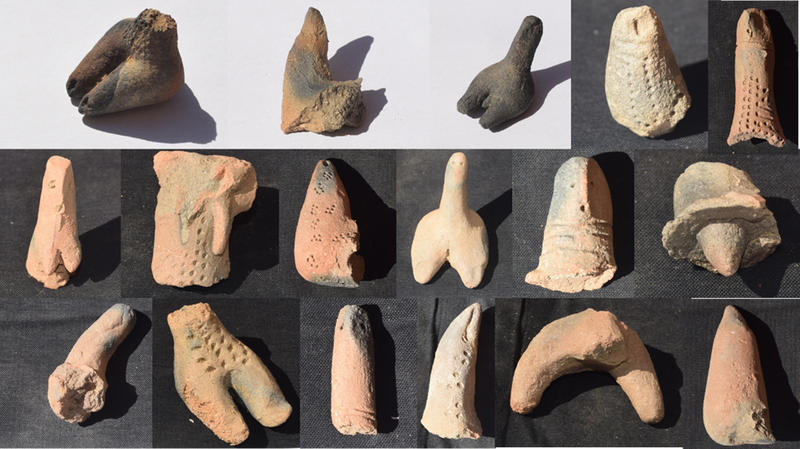 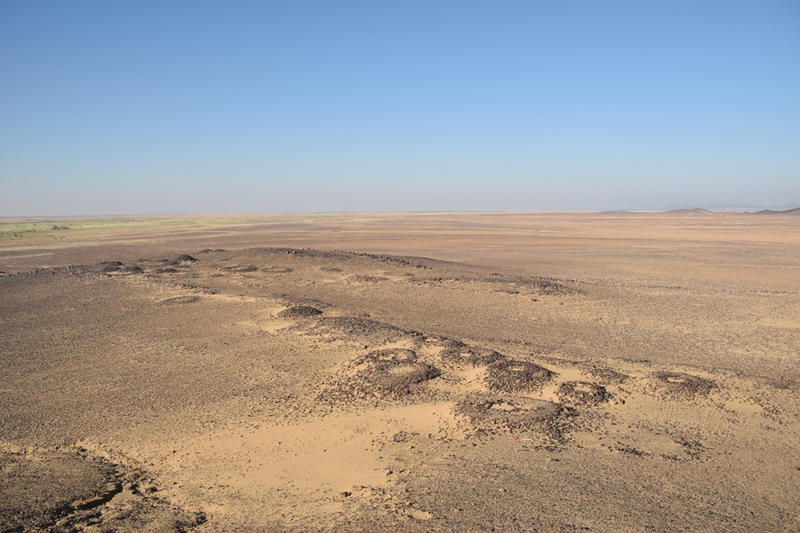 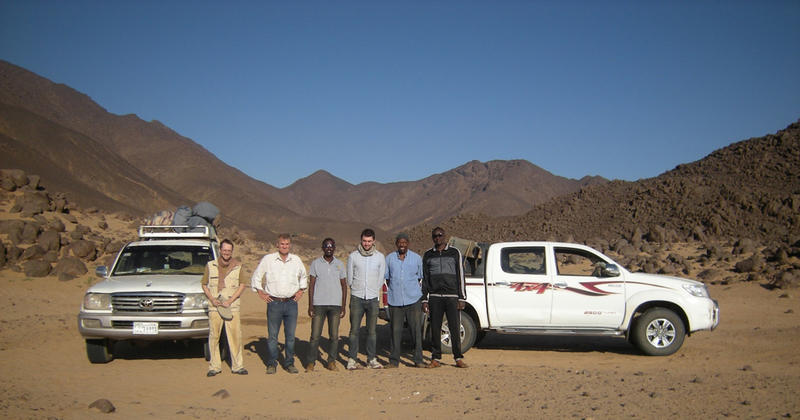 We thank our colleagues in NCAM, Dr Abdelrahman Ali, Dr El-Hassan Ahmed, Mahmoud Soliman, and Hozaifa Abdelmagid for making the 2018 season possible and for their co-operation as well as the team members, Vivian Davies, Pierre Meyrat, Mubarak Adam and Osman Dafalla.

The Atbai Survey is grateful to its sponsors, the William K. and Marilyn M. Simpson Endowment for Egyptology, the Egyptian Exploration Society, The Oxford University Gerald Avery Wainwright Fund, and the logistical support of the Sudan Archaeological Research Society (British Museum).