The site of Mo‘alla, on the east bank of the Nile forty-five kilometers south of Luxor, is well known as the location of the First Intermediate Period tombs of Ankhtyfy and Sobekhotep.1 The autobiographical inscription of the former remains one of the most celebrated of that period — Ankhtyfy describes in bombastic, and often unique terms, his position as the nomarch of the third Upper Egyptian nome and the measures — both peaceful and military — he instituted to expand his power base and aid nearby nomes.

As informative as Ankhtyfy’s inscription is, the texts within his tomb present only one facet of the history of the region. The Mo‘alla Survey Project (MSP), directed by Colleen Manassa, and part of Yale in Egypt, carried out its first field season during the winter of 2008-2009; our work was made possible with the support of the William K. and Marilyn M. Simpson Egyptology Endowment.2 The goals of the first season were to provide the first archaeological survey of the environs of the Mo‘alla (omitting the area of the free-standing hill that contains the tombs of Ankhtyfy and Sobekhotep), including any settlement sites in the area and Eastern Desert roads accessible from the region. 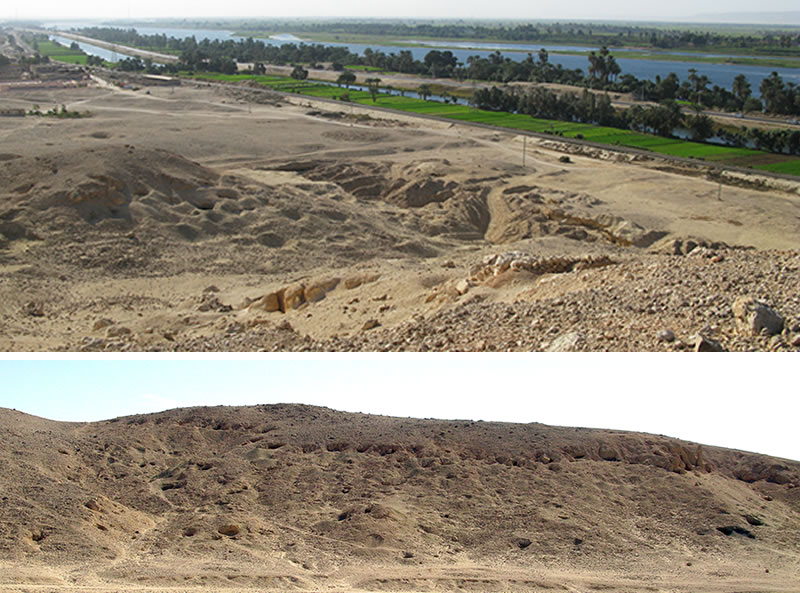 During our first season of work, the MSP located a variety of sites, ranging in date from the Predynastic Period through Late Antiquity, which have not been the objects of any major investigation.3 Among the most significant of the results is the planning of the full extent of the Mo‘alla cemetery and recording of its associated ceramic material, the discovery of a Pan-Grave cemetery, and the identification of a large settlement site (M08-09/S1), potentially ancient Hefat, which was the Nile terminus of a major Predynastic and pharaonic route leading into the eastern desert. Click on the map below to view summaries of the archaeological survey in each area. 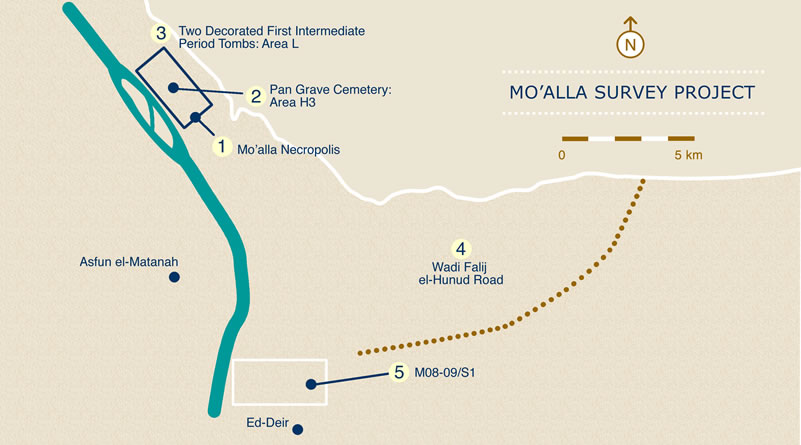