Yale’s archaeological work in southern Egypt has involved the excavation, documentation, and conservation of Christian monastic remains associated with the White Monastery (Dayr al-Abyad), also known as the Monastery of St. Shenoute (Dayr al-Anbā Shinūdah), at the edge of the desert to the west of the city of Sohag.

The History and Goals of the Project

In 2008, the concession for archaeological work at the White Monastery was officially obtained by Yale University and the Yale Monastic Archaeology Project South. From 2002 to 2008, work on site had been sponsored by an international Consortium of scholars, led by Elizabeth S. Bolman. The immediate goals of the current project have included: mapping the site, including both surface and subsurface features; archaeological analysis of areas cleared but not recorded by previous excavators; investigation of the site’s long settlement history through excavation and interpretation, with special attention to endangered areas; architectural documentation of the fifth-century church; conservation of architectural elements and wall paintings; digital archaeology (including photogrammetry and 3D laser scanning); and the design and implementation of a site management plan to serve the needs of visitors, scholars, resident monks, and the Ministry of Antiquities in Egypt. In 2016, the project’s goals expanded to include archaeological work on the remains of the associated women’s monastery at Atripe, in collaboration with the University of Tübingen.

YMAP-South’s work has been made possible by grants from the William K. and Marilyn M. Simpson Endowment for Egyptology of the Department of Near Eastern Languages and Civilizations of Yale University, with additional support from the Antiquities Endowment Fund (AEF) administered by the American Research Center in Egypt (ARCE). 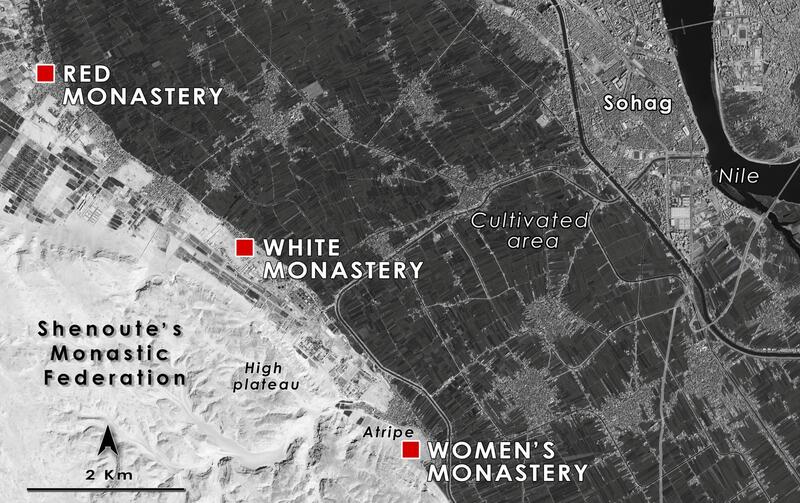 Figure 1. A map showing the location of the three monasteries in the Shenoutean Monastic Federation.

The three sites identified on the map above (fig. 1) are components of the late ancient monastic federation headed by Shenoute from circa 385 to 465. The federation was originally comprised of two men’s monasteries—the White Monastery and the nearby Red Monastery—and a women’s foundation located in the nearby town of Atripe.

Today, the surviving archaeological remains of the federation include buildings, streets, food production facilities, industrial installations, and plumbing systems, as well as an array of large and small finds. The standing architecture includes two monumental late ancient churches at the White and Red Monasteries, both of which feature extensive wall painting programs (the spectacular art at the Red Monastery has been the subject of a comprehensive conservation project sponsored by the American Research Center in Egypt), a funerary chapel with a subterranean tomb at the White Monastery, and a church, refectory, and six-pillared hall connected with the women’s foundation at Atripe. Over much of its history, the White Monastery also housed a library collection, which would have been the repository for the vast corpus of Coptic writings by Shenoute. Several thousand pages of these writings have survived, now scattered in libraries and museums around the world, and they serve as an invaluable resource for reconstructing monastic life in the Shenoutean federation during the late fourth and early fifth centuries. YMAP-South’s archaeological work has also resulted in the discovery of a large number of very small manuscript fragments, the only traces left on site of that original archive.