Monastery of the Syrians (Dayr al-Suryān)

The Project to Catalogue the Coptic and Arabic Manuscripts at Dayr al-Suryān developed from conversations that took place in 2012 and 2013 between Professor Stephen J. Davis of Yale University and Father Bigoul, the Head Librarian at the monastery. This initiative was conceived as an extension of Davis’ archaeological work in Wadi al-Natrun at the Monastery of John the Little, begun in 2006. Dayr al-Suryān (along with its neighboring Monastery of St. Bishoi) had been instrumental to the success of that work since its inception in 2006. The cataloguing project has likewise benefitted from the generous hospitality of the monastery, and we extend our thanks and gratitude in particular to its abbot, Bishop Mateos, and librarians, Father Bigoul, Father ‘Azer, and Father Amoun. 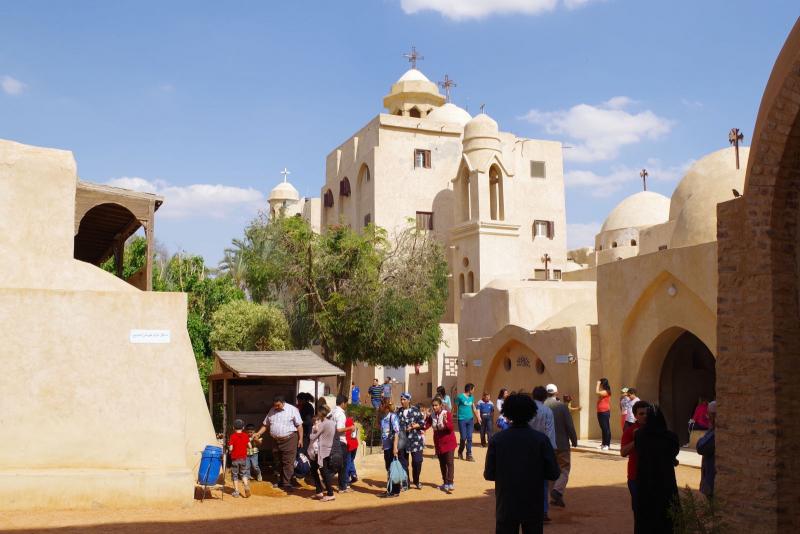 Figure 1. Visitors inside the main courtyard at Dayr al-Suryān.

Inception of the Project

Davis formally began study of the manuscripts in the Dayr al-Suryān library in December 2013, when he came for an intensive week of solo reconnaissance research. His primary goal was to familiarize himself with the contents of the Coptic and Arabic holdings in the library and to begin establishing a methodology for collecting and presenting manuscript data for inclusion in a catalogue. During that week, he discovered the existence of two handwritten sources that functioned as internal catalogues for the monastic collection. The first (dubbed the Handbook) was written in eight small notebooks with over 559 manuscript entries organized by genre into eight categories: Bible (1–61), Commentary (62–99), Canons (110–111b), Theology (112–152), Ascetic Literature (153–196), Mayāmir (a combination of Saints’ Lives, Sermons, and Treatises) (in two notebooks, 197–321), and Liturgy (323–559). The second, a larger summary notebook, provided shorter entries and basic information related to 788 manuscripts. These two catalogues proved invaluable for providing Davis’ with an orientation to the collection and allowed him to begin sampling manuscripts to begin collecting data and to develop a working model — a template — for how to prioritize and organize the resulting information. Since then, however, the registration of additional manuscripts, including fragmentary volumes, has brought the total number to be catalogued over 1000. 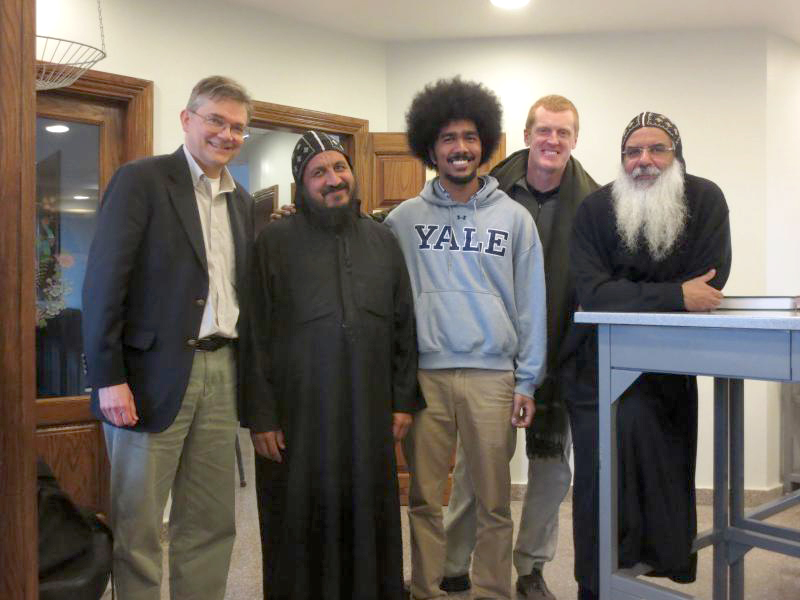 Given the extent of the collection, it was necessary to recruit and assemble a team of scholars to study and record the contents of the manuscripts. Thus, beginning in the second and third seasons (March and December 2014) and continuing to the present, Davis has been accompanied by a rotating group of colleagues. In addition to Davis and the monastic librarians, the current team consists of three other core members with specific expertise in Coptic and Christian Arabic literature—Mark N. Swanson, Ramez Mikhail, Youhanna Nessim Youssef—each of whom have participated in multiple seasons of on-site work. In addition, the project has benefited from the contributions of other specialists who have joined the team for a single, one- or two-week season: Samuel Moawad, Thomas Schmidt, Ramy Nair Marcos, Cyril J. Uy III, and Mary Farag, as well as photographer Rofy Samuel Rozfy. 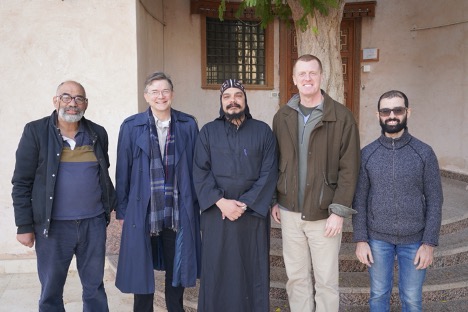 The Project has adopted a comprehensive methodology of recording not just the textual contents but also the material history and condition of the manuscripts in the Dayr al-Suryān collection. Each manuscript entry is populated by data organized in nine different fields:

The introduction to each volume summarizes this data and presents selected case studies designed to illustrate how this cataloguing methodology can serve as a basis for producing a material history of the monastic library at Dayr al-Suryān. 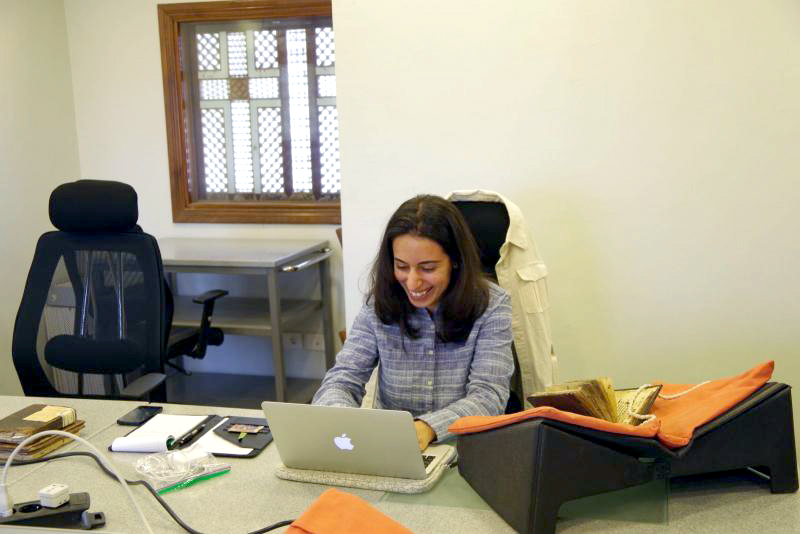 Figure 4. Mary Farag recording the contents of a liturgical manuscript at Dayr al-Suryān.

The Contents of the Catalogue Volumes

The large size of the collection has also necessitated the organization of the catalogue into eight volumes, under contract to appear in the Corpus Scriptorum Christianorum Orientalium (CSCO), Subsidia series, published by Peeters Press. The volumes in the Catalouge of Coptic Arabic Manuscripts at Dayr al-Suryān (CCAMDS) are organized according to genre as follows:

Volumes 7–8 (= CCAMDS 7–8): Arabic Liturgy (Mikhail and Youssef, with Davis and Farag; in process) 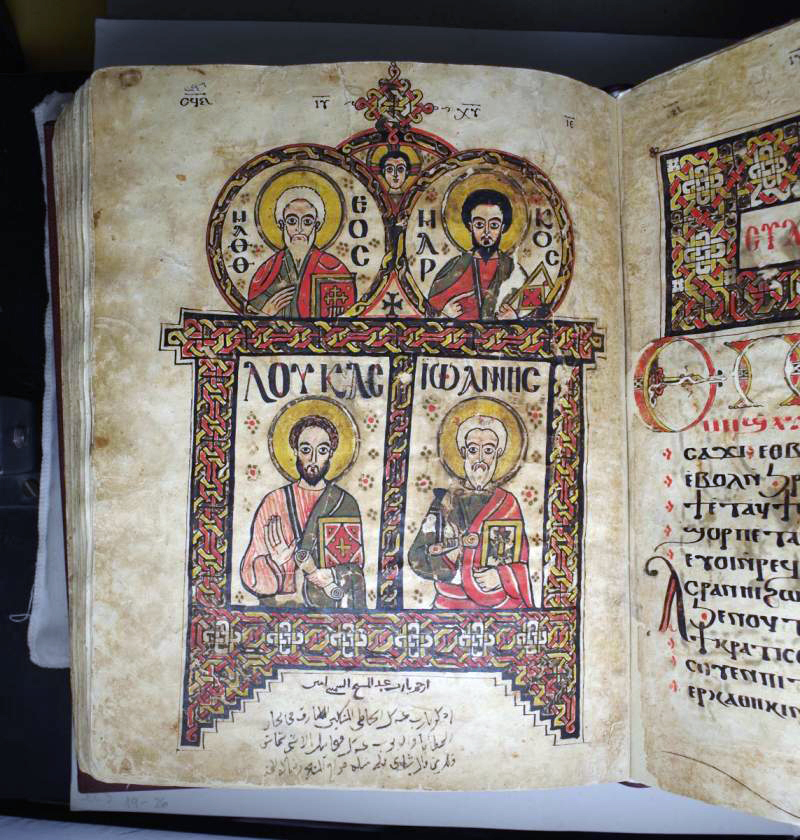 In addition to the catalogue series, the project has also resulted in a number of studies highlighting different aspects of the Coptic and Arabic collection at Dayr al-Suryān. The following bibliography includes recent and forthcoming articles by Davis exploring the material history and contents of the library:

Stephen J. Davis, “Cataloguing the Coptic and Arabic Manuscripts in the Monastery of the Syrians: A Preliminary Report.” In Studia Patristica 92 (2018), 179–85.

Stephen J. Davis, “Evagrius Ponticus at the Monastery of the Syrians: Newly Documented Evidence for an Arabic Reception History.” In Heirs of the Apostles: The Story of Arabic Christianity, ed. D. Bertaina, S. Keating, M. N. Swanson, and A. Treiger (Leiden: Brill, 2019), 347–92.