Monastery of John the Little

In late antiquity, the desert settlement called Scetis (Wādī al-Natrūn) was a center for Egyptian monastic communities. One of the most prominent of these was the Monastery of John the Little.

The archaeological remains of the Monastery of John the Little is located in Wādī al-Naṭrūn, some 100 km north/northwest of Cairo, close to two ancient but still functioning monastic foundations, the Monastery of the Syrians and the Monastery of St. Bishoi. The monastery takes its name from the fourth-century desert father, John Kolobos (“the Dwarf”), known in Arabic as John the Little (Yūhannis al-qaṣīr), who lived as a hermit in the region and who was renowned for both his humility and his short physical stature. The monastery was perhaps founded after his lifetime and remained one of the most active foundations at Scetis until the medieval period when its population dwindled and it became defunct in the fourteenth century. The site was never reoccupied and today many of the buildings of the monastery still lie largely undisturgbed beneath layers of desert sand, awaiting further archaeological investigation (fig. 1). 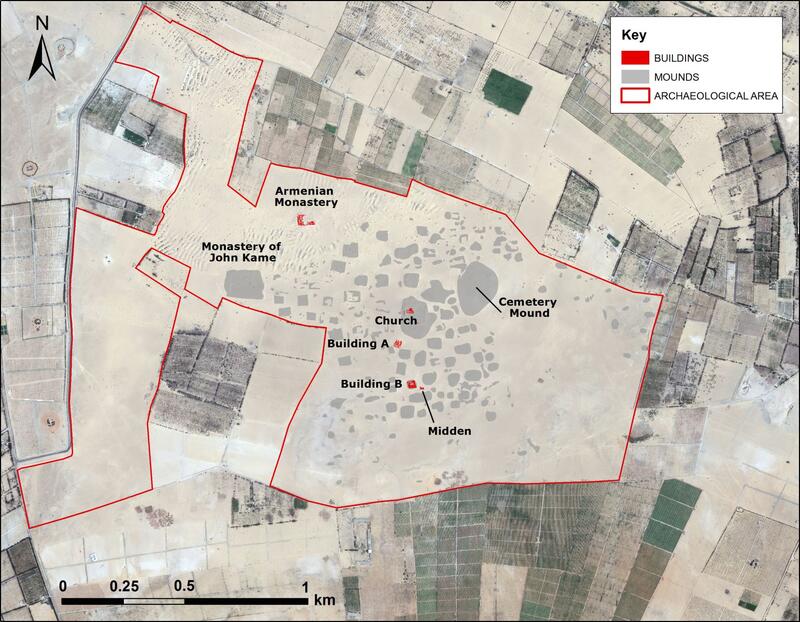 Figure 1. Satellite map of the John the Little site.

Brief Archaeological History of the Site

The earliest archaeological interest in the site was in the 1920s, when Hugh Evelyn White made a basic map of the site as part of his documentation of the four still-functioning monasteries for the Metropolitan Museum of Art.[1] An Egyptian team excavated the so-called Monastery of the Armenians in the 1980s and 1990s but their work remains unpublished. In 1992, a general survey of the area assessed the potential value of the site for future excavation and was used as a preliminary report for the Supreme Council of Antiquities (SCA) in Egypt.[2]

Systematic archaeological investigation at the Monastery of John the Little was restricted to three seasons conducted by the Michigan-based Scriptorium Center for Christian Antiquities and Calvin Theological Seminary in 1995, 1996, and 1999. These survey and excavation, under the direction of Bastiaan Van Elderen, uncovered the enclosed main Church as well as a hermitage (Residence A) similar to the type of dwellings found at ancient Kellia. Unfortunately, the work of the Scriptorium team was interrupted and their results were never fully published. An architectural study of the Church and Residence A conducted soon after their excavation was published by Bishop Samuil and Peter Grossmann.[3]

These limited explorations showed the potential of this archaeologically-rich desert site to yield new information about a monastic settlement of the late antique to early medieval period in one of the most important monastic centers in Egypt. In addition, the increasing development of the Wadi al-Natrun for agriculture, involving intensive irrigation, indicated that archaeological investigation was urgently needed. Although the site had entered the protection of the SCA in 1983, the 2000s saw the rapid conversion of the desert around the monastery into heavily irrigated fields.

The Yale Monastic Archaeology Project (YMAP-North), led by Stephen J. Davis (project director and principal investigator) and Darlene Brooks Hedstrom (archaeological director), started work in 2006. Its aim was to document the extent and layout of the monastery through archaeological and geophysical surveys, and to establish the nature of its dwellings and lived experience of monasticism by excavating a midden (trash deposit) and a building (Residence B).  A further goal was to complete the recording and documentation of the monastic dwelling (Residence A) and Church previously excavated by the Scriptorium team. Fieldwork concluded in 2012 and was followed by study seasons for excavated materials in 2013, 2014 and 2017.

One of the main goals of the YMAP work was to produce a detailed map of the archaeological remains at the Monastery of John the Little that showed both the archaeological remains, including any visible architecture, and the local topography. The archaeological survey of the site’s 265 hectares and around 80 mounds was completed by Dawn McCormack, with the assistance of Chrysi Kotsifou, Stephen J. Davis, Elizabeth Davidson, and Sean Urrutia. It showed that the monastery was densely populated with multi-room buildings that are now very low mounds topped with pottery scatters. A survey of surface ceramics by Gillian Pyke identified sherds spanning the sixth to thirteenth centuries CE, provided a broad time frame for activities at the site.

A geophysical survey by Tomasz Herbich, assisted by Artur Buszek and Jakub Ordutowski, focused on eight areas covering a total of 6.86 hectares, approximately 2% of the total site (fig. 2). Magnetometry was used to detect mud brick walls and burnt materials, which have higher magnetic values than the surrounding desert sand.[4] Several areas showed signs of ovens or kilns and it was possible to trace both the outlines and internal features of several buildings. A building located in Area A to the south of the church mound was found to have a wall that was 85 m long, suggesting that it was similar in size to the main enclosure of the nearby Monastery of the Syrians. 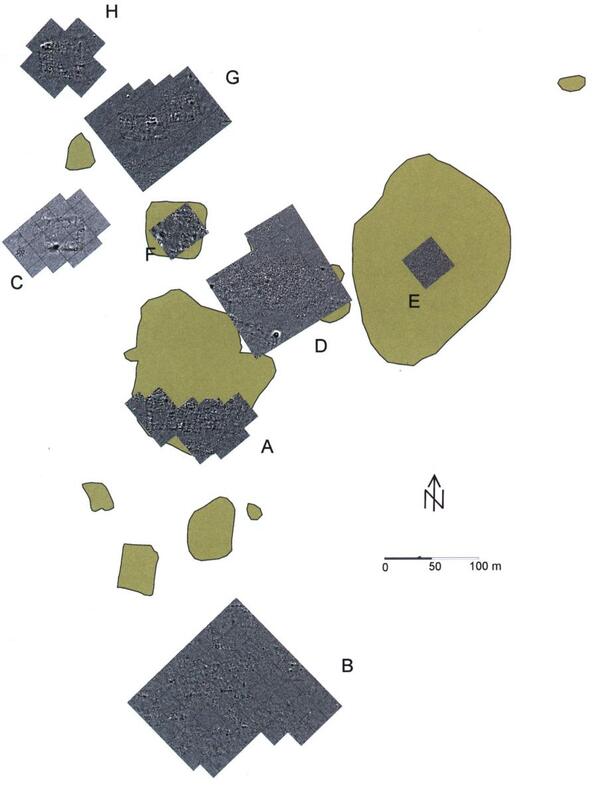 Figure 2. Geophysical survey and mapping by Tomasz Herbich. Sections A and E recorded magnometric data on the church and cemetery mounds, respectively.

In order to document YMAP’s work at the Monastery of John the Little comprehensively, four volumes are currently in preparation, with an additional fifth volume planned. These volumes will be published in the Yale Egyptological Publications (YEP) series under the title, Dwelling in the Desert. Their organization is as follows:

Pyke, with Ownby and Brooks Hedstrom

In addition to these volumes, a number of studies have already been published, documenting aspects of YMAP’s archaeological work in Wādī al-Naṭrūn:

This article documents surface and subsurface surveys and the excavation of a monastic midden (trash deposit) at the Monastery of St. John the Little.

The subject of this article is the use of 2 Timothy 4:7–8 in two sets of monastic epitaphs found in monks’ dwellings at Kellia and Pherme in the Egyptian Delta. The wall writings are evaluated in the context of ancient consolatory, martyrological, and monastic rhetoric, as well as monastic funerary practice. Evidence considered includes wall paintings from Residence B.

This article focuses on evidence for the Egyptian cult of Saint Onophrius from the White Monastery, the Fayyum Oasis, and Scetis (Wādī al-Naṭrūn), including discussion of a wall painting of Onophrius in Residence B at the Monastery of John the Little.

This article introduces and contextualizes a dipinto (i.e. a painted wall inscription) discovered during the Yale Monastic Archaeology Project (YMAP) excavation of Residence B at the Monastery of John the Little. The text is a tenth-century prayer to St. Shenoute and as such it serves as new evidence for the cult of this monastic saint in medieval Scetis.

This brief survey of YMAP’s archaeological work focuses on evidence related to everyday life and to death and burial at the Monastery of St. John the Little and at the White Monastery (Sohag).

This brief article reports on 2007 surveys and excavations at the Monastery of John the Little, published in a journal issued by the Egyptian Supreme Council of Antiquities.

This brief article reports on 2006 surveys and excavations at the Monastery of John the Little, published in a journal issued by the Egyptian Supreme Council of Antiquities.

This brief article is a summary of the analysis of archaeobotanical material studied by the author as part of her doctoral research. It investigates the contribution of plants to the diet and cooking practices, fuels, and animal husbandry of the monastic household in Residence B. The data is contextualized through ancient archaeological and textual evidence, and modern ethnographic accounts.

Pyke, Gillian, and Darlene Brooks Hedstrom, “The Afterlife of Sherds: Architectural Re-use Strategies at the Monastery of John the Little, Wadi Natrun.” In Functional Aspects of Egyptian Ceramics in Their Archaeological Context, ed. B. Bader and M. F. Ownby, 307–326. Leuven: Peeters, 2013.

This article uses Residence B at the Monastery of John the Little as a case study to examine the architectural reuse of pottery sherds in Egyptian monastic building constructions.