The site of Atripe was established around a Ptolemaic temple of Repyt [Triphis]. Located to the south of the White Monastery, in late antiquity the site was the location of the women’s monastery in Shenoute’s federation. Atripe (also known as Athribis) is the subject of archaeological work sponsored by the University of Tübingen, under the direction of Prof. Christian Leitz. Beginning in the spring of 2016, the Yale Monastic Archaeological Project (YMAP-South), directed by Prof. Stephen J. Davis, entered into cooperation with the Tübingen team, with goal of documenting the site’s Coptic-era remains. These remains include a church built into the Ptolemaic temple, various “industrial” installations associated with water distribution, a refectory, a six-pillared hall, and other associated structures. 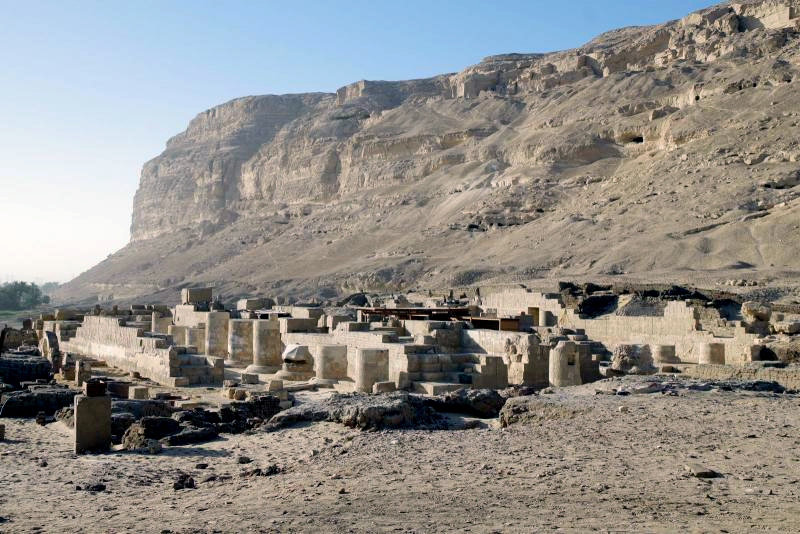 The Yale Monastic Archaeology Project (YMAP) season took place between February 15 and March 24, 2016. The work had three main foci, all relating to the monastic use of the site. These consisted of: excavation of the northern part of a large Six-Pillared Hall in the north-eastern part of the site, outside the main area of the Repit temple; recording of in situ inscriptions in the Refectory and assessment of pottery; and 3D photogrammetric recording of architectural elements associated with the monastic use of the temple space.

The Six-Pillared Hall was excavated by Louise Blanke and Wendy Dolling, with ceramic and object analysis by Gillian Pyke. The architecture of the room suggests that it belonged to the monastic rather than th Ptolemaic-Roman phase of activity at the site. The northernmost 7 m of the building (total length 15.2 m) was excavated across its full width (12.5 m) to floor level. It is of mainly white-plastered mud brick construction with fired brick used for the lower courses of the piers and limestone for upper elements of the piers, the latter preserved only on the southernmost unexcavated piers but visible at ground level. Two deep ceramic vessels in circular brick emplacements, similar to those in the north part of the Refectory, are located against the western piers. The two-coat plaster floor consists of an upper layer containing fired brick dust, giving it a pink tinge, and a lower layer of grey mortar-based opus signinum bedded on stone and fired brick (west) and mud brick (east). The eastern part of the floor was heavily buckled by the episodic collapse of the barrel-vaulted mud-brick roof, which was interspersed with periods during which the building filled with windblown sand. The resulting rubble was heavily pitted, some of these pits dating to approximately the eighth to ninth century, according to examples of the later form of Late Roman Amphora 7 that were left behind. The pottery associated with the use of the building dates to the sixth to seventh century, including an intact early Late Roman Amphora 7. Other finds were rare but include an ostrakon on a rim sherd of a silt bowl, a large bronze/copper coin and some fragments of a bronze/copper vessel. Part of a black dipinto is preserved at the north end of the east wall, adjacent to a doorway leading to a narrow, tapering corridor-like space. Other dipinti were found on the pillars and the west wall. Their content includes the names of female monastics. 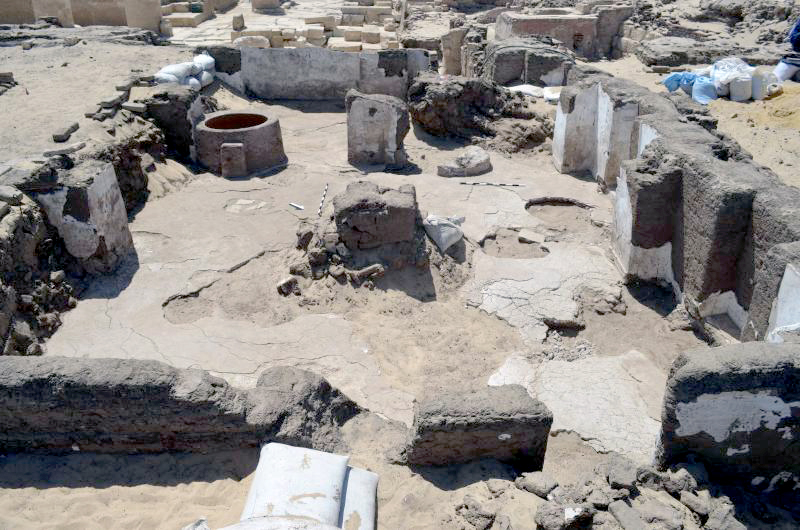 The Refectory was also a focus for the study of in situ inscriptions by Stephen J. Davis and the assessment of pottery by Gillian Pyke. The inscriptions were documented by Alberto Urcia using photogrammetry and a computer program to enhance the colors to make the red dipinti on the east wall and the green dipinto next to the central doorway more visible. The content of the inscriptions provides confirmation for the women’s monastic community at this location. Most of the pottery was consistent with a date of the sixth to seventh century and included Aswan table wares, large deep bowls, and the early form of Late Roman Amphora 7. Early medieval vessel types comparable to those found in the middens were included in the upper layer of the clearance, in which the later form of Late Roman Amphora 7, circulating in the eighth and ninth centuries, was present as the main transport ware. 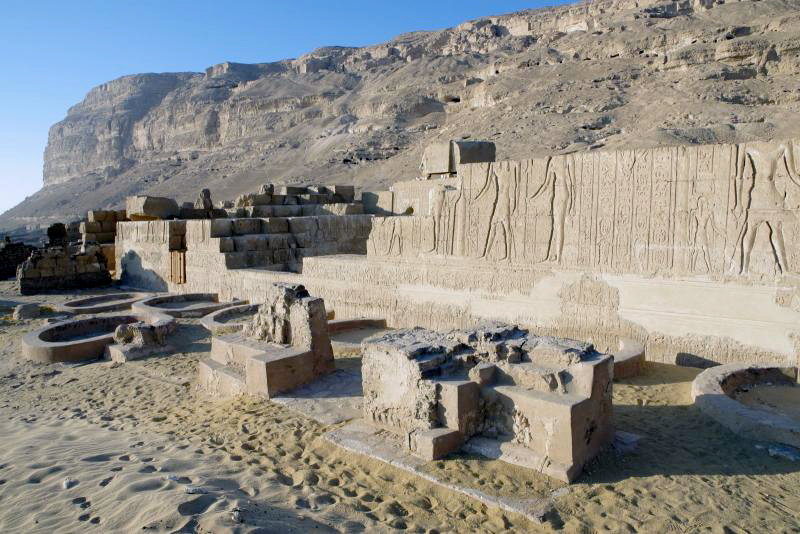 Architectural elements belonging to the monastic use of the Repit temple space and its environs were documented by Alberto Urcia using 3D photogrammetric recording to create a computer model. Apart from the church in the south, the complex of tanks and vats in the central sanctuary area and the sedimentation tanks in the north, these features are mainly located on the east side of the temple. The monastic architecture extends to the east of the eastern temenos wall. This complex of mud-brick buildings includes the six-pillared hall and a staircase, and to the north of the temple, where the architectural units are less clear at ground level. 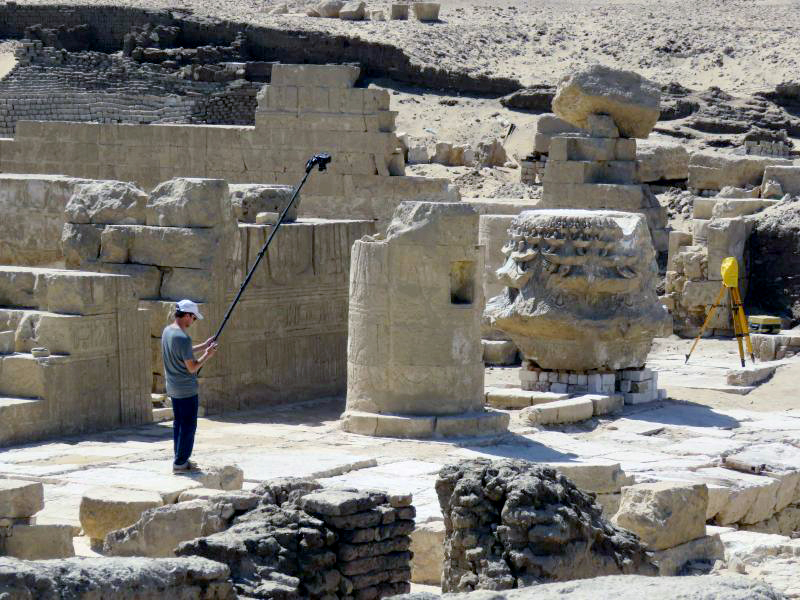