The Ptolemaic temple dedicated to the goddess Repit is set in the low desert at the western margin of the settlement, at the foot of the high desert cliffs.

The cliffs are scattered with quarries and tombs, some of which include Christian paintings first documented by Wladimir de Bock in 1897/1898.[1] The first systematic archaeological investigation of the site was by William M. Flinders Petrie in the winter of 1906/1907, who followed the practice of the time in removing post-Roman deposits without documentation. He did, however, observe that the temple was converted into a church, which involved the defacing of deities in the original visual program and the coating of the temple with whitewash.[2] Petrie also noted a number of late structures, especially to the northwest of the temple (fig. 1), including a galleried building that he identified as a monastery on the basis of its layout and a dyeing workshop (both now lost).[3] 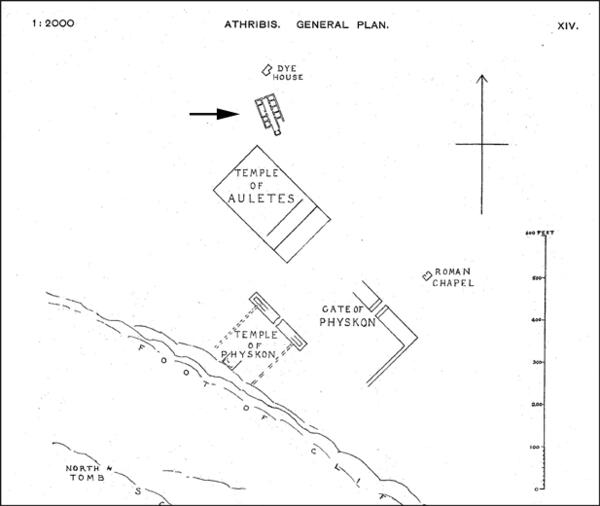 Figure 1. Petrie’s map of the site, showing the dye house and a building he interpreted as a monastery (arrowed). From W.M.F. Petrie, Athribis, pl. XIV.

Excavations by the Egyptian Antiquities Authority (EAO), under the direction of Rifaat El-Farag and Yahya El-Masry between 1981 and 1997, revealed several Christian structures in and around the temple. These comprised the church, various tanks and ceramic installations, the refectory (partly restored during this work), and a possible manufacturing area to the north of the temple.[4]  An important find from the excavation of the refectory was a limestone panel showing a group of at least seven men and one woman. Around its perimeter are handwritten names and monastic titles in Coptic script. The female figure has been suggested by Mohamed Abul Yazid and colleagues to be the leader of the women’s monastery at Atripe.[5]

A joint German-Egyptian project currently sponsors work throughout the site. Sponsored by the University of Tübingen and under the direction of Christian Leitz and Yahya El-Masry, it has consisted of a program of survey (2003–2007), excavation (2008–present), epigraphy (2003–present), and conservation (2003–present).[6]

The University of Tübingen expedition has conducted a topographical survey in co-operation with Rudolf Staiger from the Bochum University of Applied Science’s Department of Surveying and Geoinformation. This established fixed datum points throughout the site and initiated a program of terrestrial laser scanning.[7] Jacek Kościuk’s architectural survey included structures considered to be Christian, with some speculation as to the monastic use and dating of those to the east of the temple.[8] Preliminary accounts of the site’s history by Rafed el-Sayed identify its Christian phase with the period of the functioning of the monastery. He places its foundation at the time when Pjol was the leader of the White Monastery Federation and suggests that it was abandoned somewhere between the tenth and thirteenth centuries.[9] The pottery from more recent excavations within the temple area suggest that the site’s abandonment is likely to have been somewhat earlier:  the area was used for domestic waste disposal by as early as the ninth century.[10]

In 2016, the Yale Monastic Archaeological Project (YMAP-South), led by Stephen J. Davis (project director and principal investigator) and Gillian Pyke (archaeological director), entered into collaboration with the Tübingen team. Its aim was to investigate the site’s early Christian remains (fig. 2) and to establish the nature and extent of the adaptive reuse of the temple and its environs. This co-operation involved the sharing of equipment, information, and expertise, as well as the provision of training in and resources for pottery analysis to local Egyptian colleagues (fig. 3). 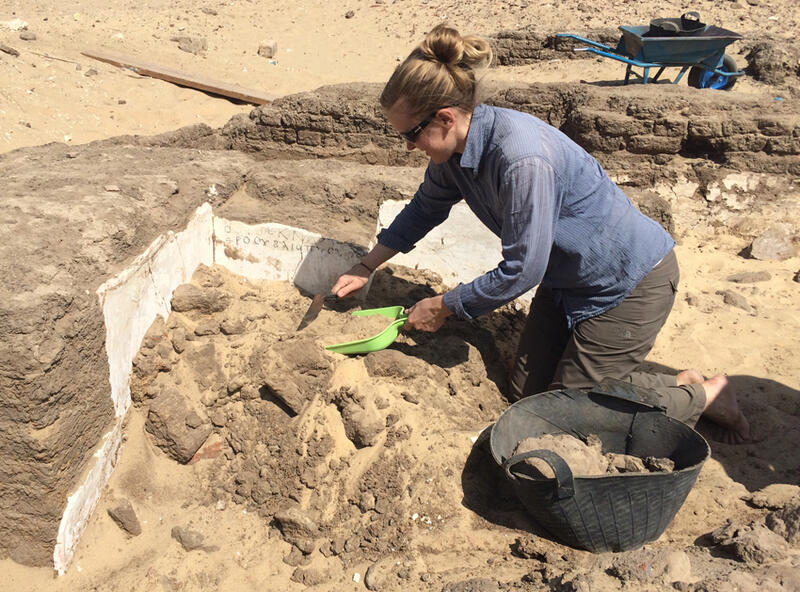 Figure 2. Louise Blanke excavating for YMAP-South in the Six-Pillared Hall in 2016. 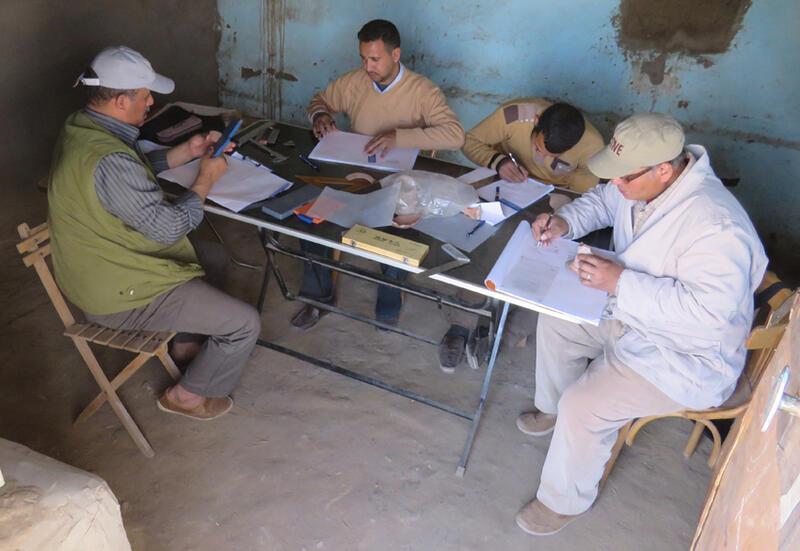