IV: El-Garayat in the Wadi Hilal

This season we conducted a survey at a little-known Late Roman site designated el-Garayat on earlier maps of the Wadi Hilal region. The site, the ancient name of which is unknown, consists of dozens of dry-stone structures scattered on the northern and southern sides of the east-west Wadi Hilal.

A modern road now cuts between the two halves of the site, although it does not appear to have disturbed any of the structures to either side. El-Garayat was constructed during the Late Roman/Byzantine Period, ca. 400-600 CE, and ceramic remains are predominately from Late Roman amphorae type 7 (LRA 7), amphorae manufactured in the Aswan region, and cookpots and other storage jars. A few sherds of Egyptian Red Slipped Ware are also in evidence at the site. 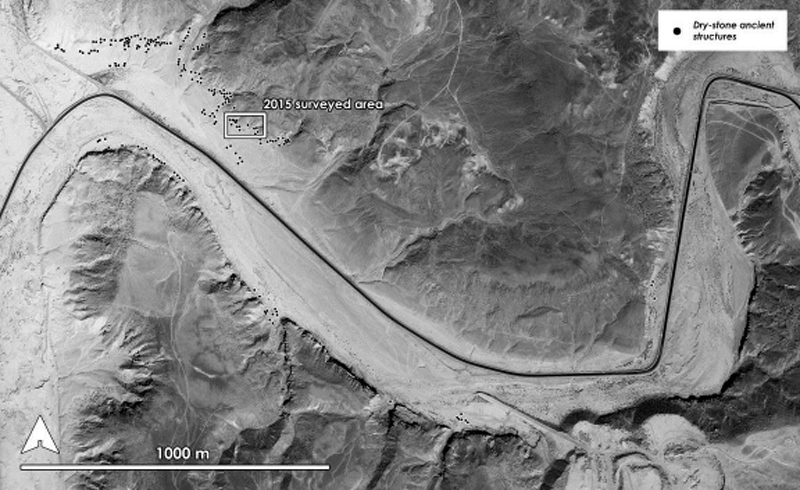 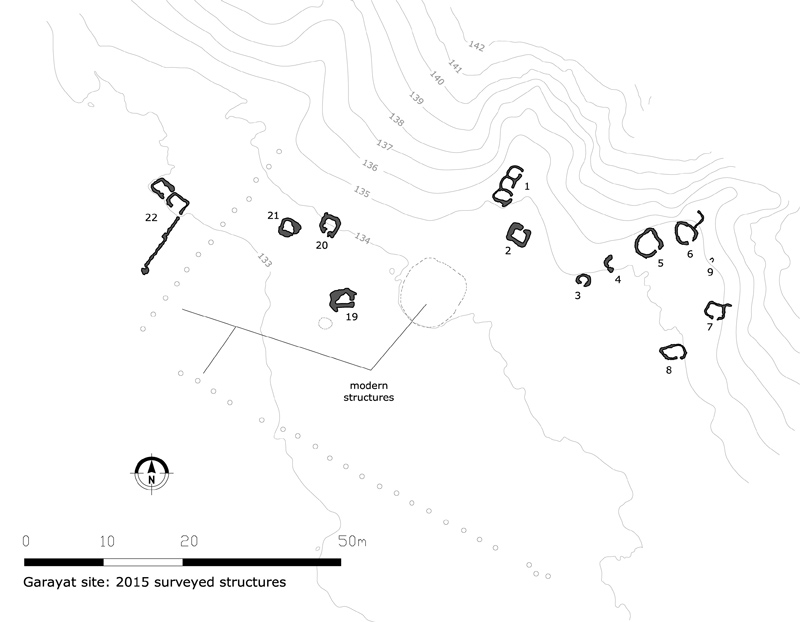 El-Garayat is paralleled by about a dozen sites, most of which are located deep in the Eastern Desert.1 These sites share the same style, size, and construction techniques of the buildings, and possess similar ceramic corpora, all dating to between the fifth and seventh centuries CE. The closest parallel site is located east of the site of Mo‘alla, in a north-south wadi branching off the Wadi Debabiya.2 Relocated by the Mo‘alla Survey Project in 2010, this site, designated M10-11/S1, contains the same type of buildings as el-Garayat, and both sites are located only a few kilometers from the Nile. 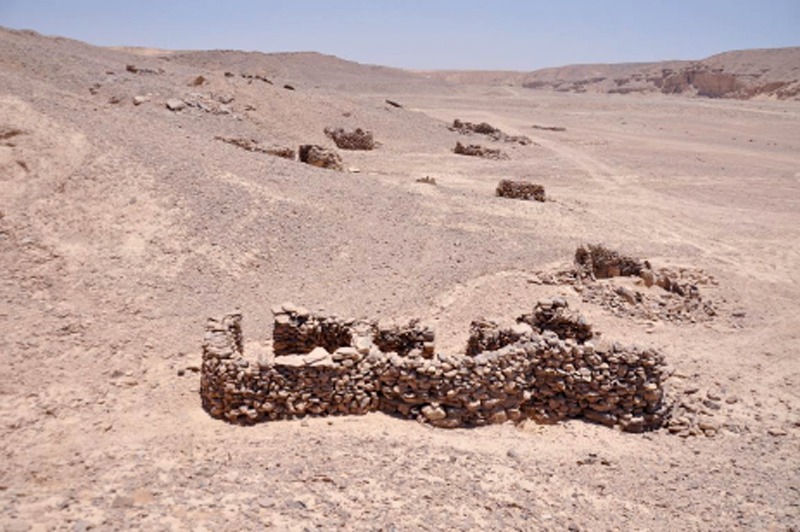 The el-Garayat structures are more separate than those at the Mo‘alla sites, the latter often consisting of one or more larger rooms with subsidiary chambers and spur walls. The el-Garayat site also is unique in having one two-roomed structure at the east end of a long, low wall, probably representing a line, where pack animals could be tied up and loaded. Atop a hill to the south of el-Garayat is another unique feature of the site — the remains of two low, dry stone towers and a long wall, paralleling the course of the Wadi Hilal. Such towers, used in a network of signaling stations, are relatively well known on the Abu Sha’ar to Qena road,3 and other Roman watch towers are known from hills overlooking the east bank of the Nile between Luxor and Aswan,4 but the towers and wall above el-Garayat are the first evidence for such emplacements in the Wadi Hilal. 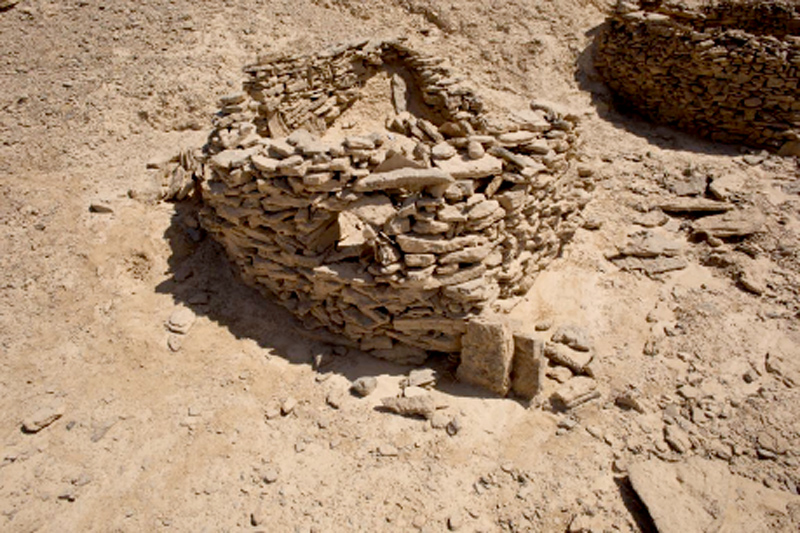 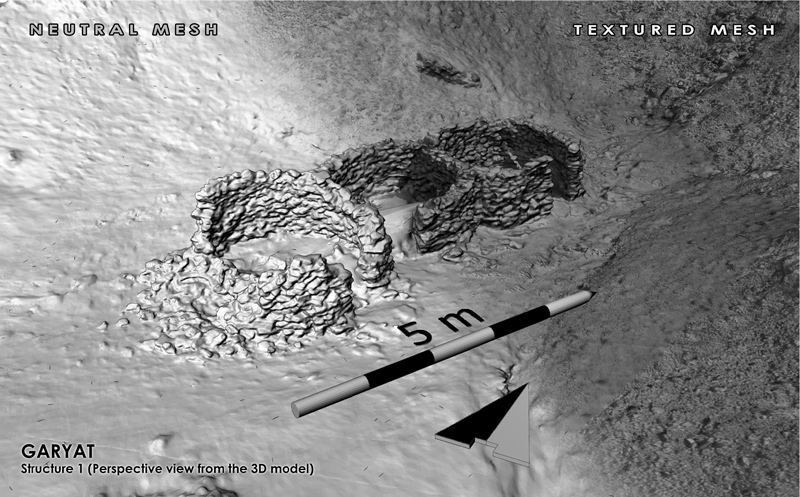 John Coleman Darnell with the assistance of Colleen Manassa Darnell