In addition to relocating figural graffiti earlier reported for the area, we identified a natural shelter that had been used by at least one Old Kingdom priest (EK 61).

Within the cave-like recess were carved several representations of ritual boats, the façade of a structure, in style similar to the depictions of architecture attested on earlier, D-Ware vessels. Close parallels to the vessel and associated depiction of a ritual structure are a D-Ware vessel from Abusir el-Meleq, and the main incense burner from the A-Group cemetery at Qustul.1 The Wadi Hilal carving is one of the most detailed depictions of architecture in a Predynastic rock art image, and presents one of the few close parallels between the imagery of rock art and D-Ware vessels. 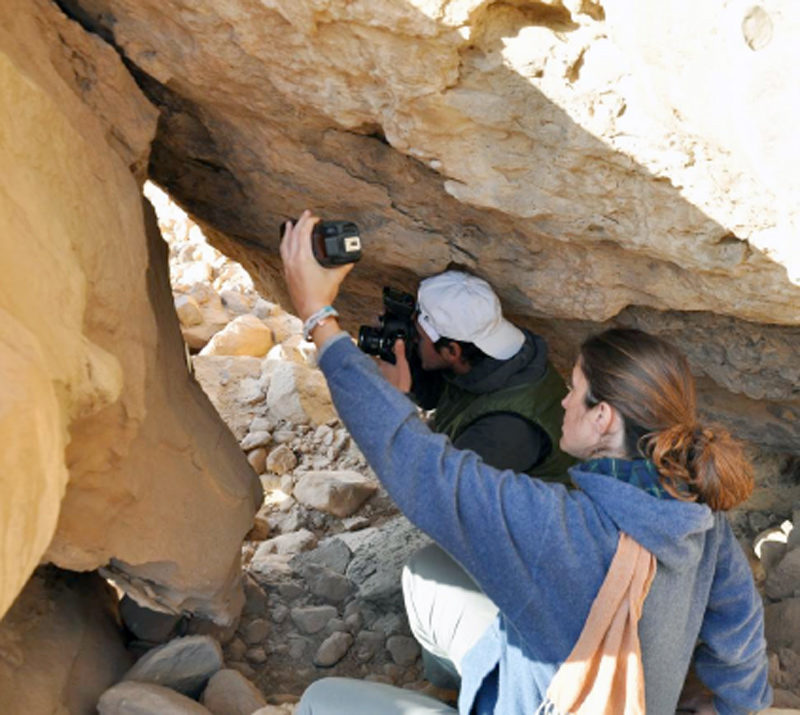 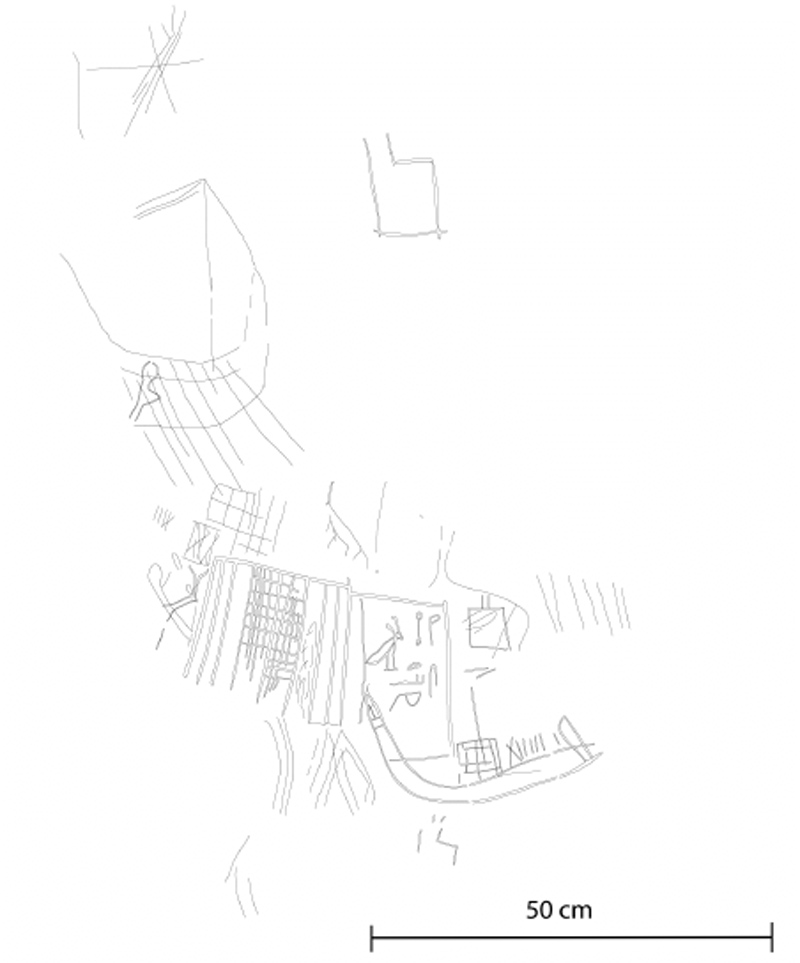 Carved over the earlier images is the name of the priest Serefkai, probably of Fifth or Sixth Dynasty date. The priest may be the person who embellished a flat slab of stone sitting in the middle of the “floor” of the shelter with a carved senet game board, a rectangular outline comprising three rows of ten squares each. The appearance of a senet-board in a shelter overlooking the area of a sacred procession suggests comparison with activities attested from New Kingdom Thebes for the Beautiful Festival of the Valley.2 The game of senet, meaning “passing,” which was played as early as the Archaic Period, if not earlier, appears in the Coffin Texts (Spells 405 and 1019), and had acquired a more detailed religious significance by the time of the Eighteenth Dynasty. The game has a particular association with the Book of Going Forth by Day (Book of the Dead) chapter 17 (Coffin Texts spell 335), in which a text with numerous glosses describes the transfiguration of the deceased.3 Playing the game of senet allowed the living to engage in a game that mimics the movements of netherworldly beings; participation by the dead in the playing of the games finds confirmation in the appearance of both in scenes of the “experiencing/viewing” icon in Old Kingdom tombs.4