The work of the Yale Monastic Archaeology Project South represents the latest stage in the White Monastery’s long and complicated archaeological history.

This history started as early as the 1660s with the German theologian and linguist Johann Michael Wansleben (also known as Vansleben/Vansleb) and continues to the present day (fig. 1).[1] Although early accounts and images contribute to the understanding of the Monastery’s appearance at the time, archaeological investigation and conservation at the White Monastery did not begin until the early twentieth century. 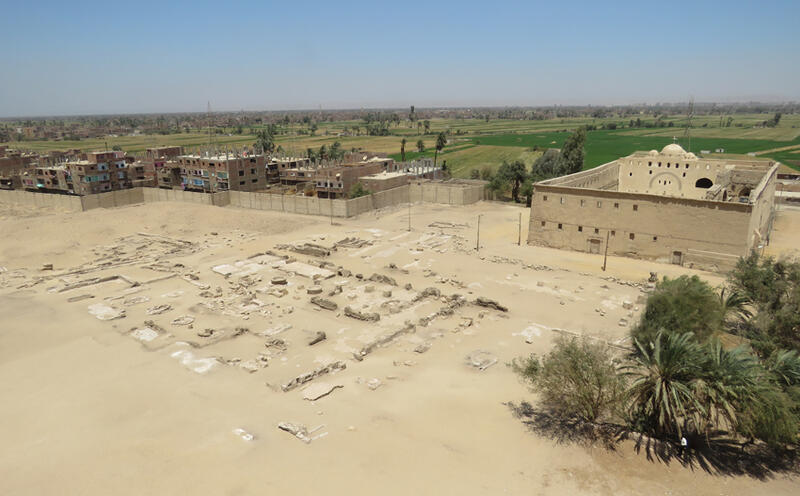 Figure 1. The Church of St. Shenoute and the western archaeological area as they appeared in 2019, looking north east.

The White Monastery, or at least its church, was often visited by European travellers as part of the nineteenth-century tourist route through Egypt. A more specialist interest in the archaeological remains began to develop in the middle of the century, picking up pace at its end.[2]The first archaeological description and photo-documentation of the White Monastery church was published by Russian Egyptologist and Coptologist Wladimir de Bock, who visited in 1897/1898 (fig. 2).[3] At approximately the same time, the site was included in a survey of Christian archaeological sites by architect and Egyptologist George Somers Clarke, published in 1912 under the title, Christian Antiquities in the Nile Valley.[4] 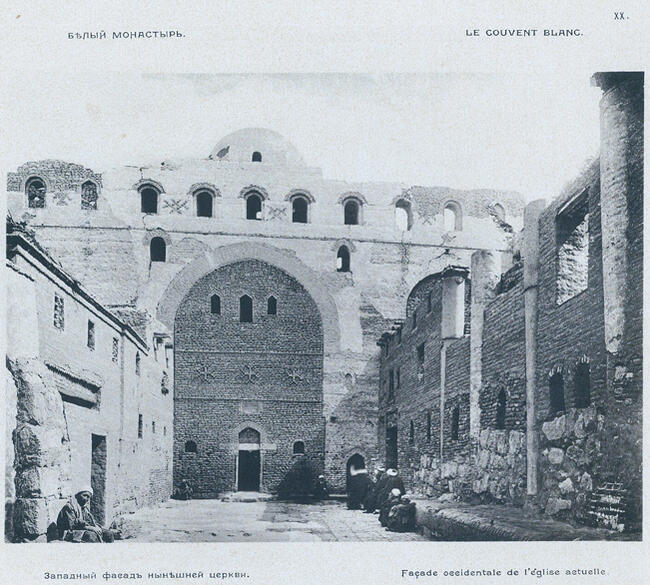 Their recognition of the importance of the White Monastery church resulted in an extensive conservation project by the Comité de conservation des monuments de l’art arabe, one of the earliest to be carried out in Egypt, in 1906–1911.[5] It was preceded by a thorough program of documentation, comprising an architectural survey, recording of the decoration and inscriptions, and photo-documentation.[6]This busy period also saw the publication by Coptologist Walter Crum of inscriptions that had been copied by Canon W. T. Oldfield, as well as an architectural survey by architect and archaeologist Charles Reed Peers.[7] The conservation phase of the Comité project involved a comprehensive program of structural consolidation and repair and the removal of modern houses from the nave, again supported by photo-documentation. An important site management strategy was also introduced as part of this work, in which a zone of protection was instituted around the church, preventing building within 50 m or soil extraction for fertilizer.[8] A two-part monograph on of the churches of the White and Red Monasteries, Les couvents près de Sohâg (Deyr el-Abiaḍ et Deyr el-Aḥmar), written on behalf of the Comité by Italian architect Ugo Monneret de Villard, is a detailed consideration of their architecture, with photographs and new measured plans (fig. 3).[9] 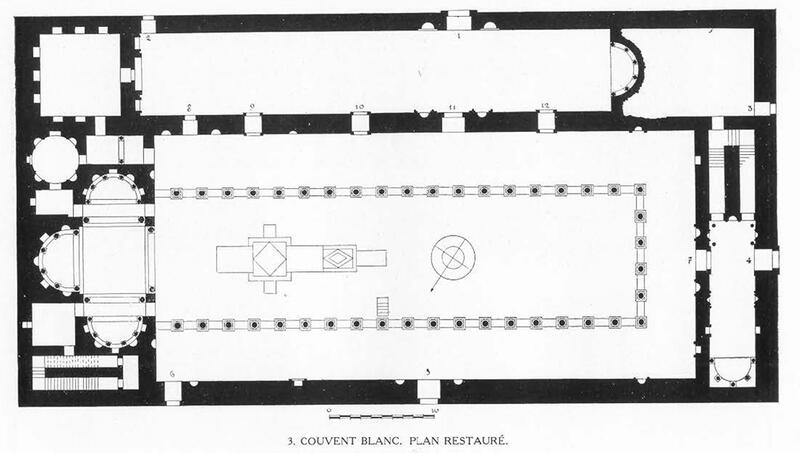 At the same time, the first archaeological investigation of the wider monastery outside the church was instigated by William M. Flinders Petrie. A brief season of excavation and mapping (fig. 4) was conducted by Edwin Ward, Ivo Gregg and Humphrey Hill, under Petrie’s supervision, in the winter of 1906/1907.[10] Petrie and Ward made a number of important observations in the south west part of the monastery, where they were able to trace part of the mud brick enclosure wall, which had internal buttresses and several gateways. Buildings were generally of mud brick, with rare traces of plaster, some with vaulted roofs and others with interior ceramic installations, but fired brick was notably used for a substantial square structure. Fired brick was also employed for cisterns, the interior of which was plastered and which sometimes had stone dishes set in the floor. Segmented ceramic water pipes, also associated with water management, were also observed. An anomalous feature of this area was a large heap of limestone waste, composed of limestone dust, chips, and slag from lime burning. It was thought to be associated with the removal of a large building, possibly a church, the large blocks of which had been reused.[11] 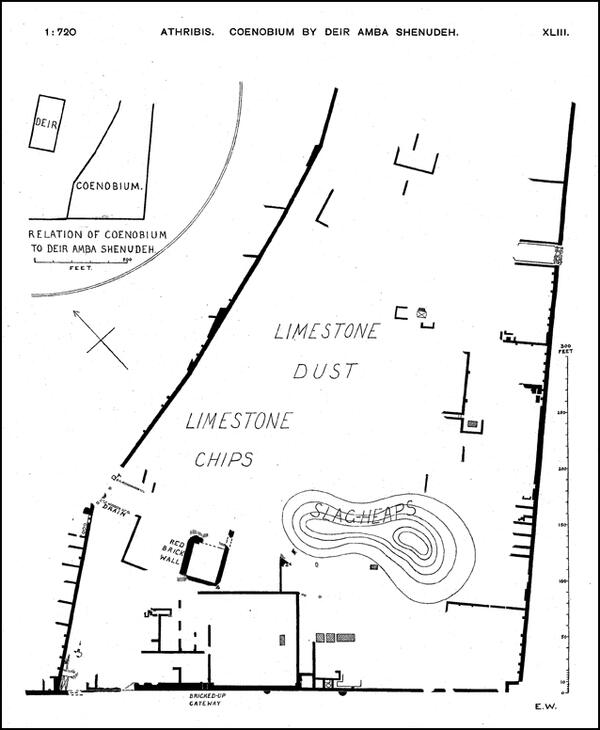 A new set of architectural drawings of the White Monastery church was made by the Darmstadt Technical Institute (now the Darmstadt Technical University) in 1962, but these drawings remain unpublished. A decade later, in 1973, a six-week project by the Institut français d’archéologie orientale led by Jules Leroy saw the copying the paintings in the sanctuary by Pierre-Henry Laferriè and Philippe Akermann. Akermann also conducted a survey of the church’s niches and friezes. Traces of Coptic graffiti throughout the church were copied by Basile Psiroukis and studied by René-Georges Coquin.[12] The White Monastery also features in Peter Grossmann’s survey of Christian architecture in Egypt, which includes a new plan of the church.[13]

Archaeological investigation at the White Monastery was resumed in the mid-1980s by the Egyptian Antiquities Organization (EAO, later the Supreme Council for Antiquities, now part of the Ministry of Antiquities), under the direction of Mohamed Abdal-Rassul (fig. 5).[14] This work began with the final removal of houses within the church nave, followed by architectural observations within the sanctuary and a small excavation in the possible baptistery to the south, in collaboration with Peter Grossmann.[15] Episodic but wide-scale excavations up to the present day initially explored areas to the south and west of the church and later moved to the northwest and north, beyond the spoil heaps of the western area. Coin hoards found during the course of these excavations are now in the Coptic Museum and Luxor Museum.[16]Ceramic and other finds are now stored in the Ministry of Antiquities magazines in Sheikh Hamad. 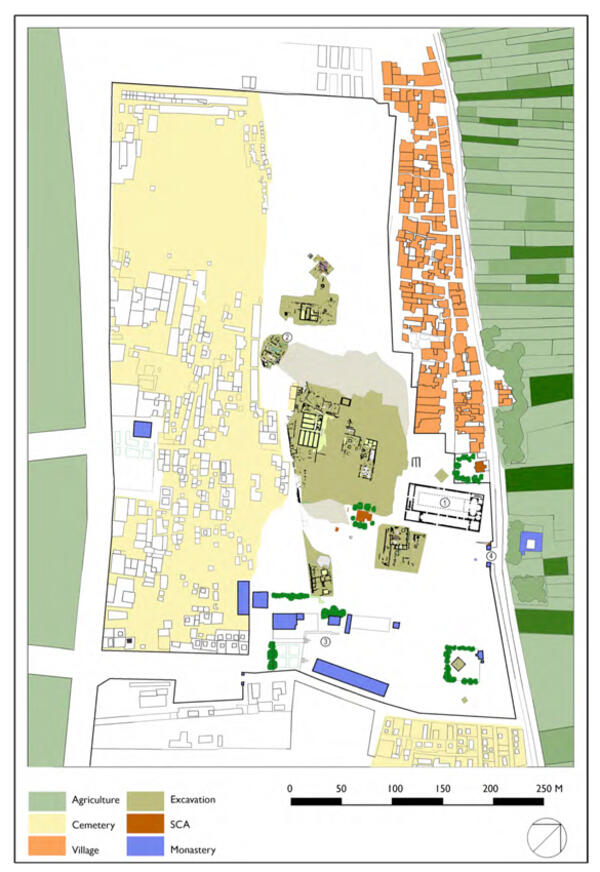 In 2000 Elizabeth Bolman founded the Consortium for Research and Conservation at the Monasteries of the Sohag Region, aiming to record, and where possible, preserve the ancient remains.[17] The Consortium brought a collaborative, multi-disciplinary approach to the documentation, study, and preservation of the White Monastery that combined archaeology, architecture, art history, epigraphy, conservation, and site management.[18] Its guiding philosophy was to evaluate the archaeological data within the context of the entire history of the site, rather than being driven by written sources of its earliest period.[19]

The first phase (2001–2004) of the Consortium’s work included the creation of a photographic record of the church and existing archaeological remains by Elizabeth Bolman, Peter Grossmann, and Darlene Brooks Hedstrom in collaboration with the Supreme Council for Antiquities (SCA). The remains of monastic buildings outside the church were documented through architectural descriptions, plans and photographs, with specialist studies of material culture such as pottery and coins.[20] A preliminary study of satellite images by Sheila McNally and Todd Brenningmeyer resulted in the detection of sub-surface anomalies that suggested that geophysical survey might prove a helpful, non-intrusive investigative tool.[21] The site was also successfully nominated for inclusion on the World Monuments Watch ‘2002 List of 100 Most Endangered Sites’ by Elizabeth Bolman and Dr Fawzy Estafanous of the St Mark Foundation for Coptic History.[22]

The scope of archaeological work broadened significantly in its second phase (2005–2007/8), which aimed to establish the history of the built environment of the monastery. A geophysical survey by Tomasz Herbich used magnetometry, which detects the contrast between more magnetic brick and pyrotechnic features and non-magnetic sand. It was hampered by modern metal features such as electricity poles and water pipes, as well as bottle tops dropped during the annual festival of St Shenoute. The magnetometry survey revealed surprisingly little clear evidence for sub-surface architectural remains, perhaps partly due to their collapsed state.[23]

Anomalies revealed by the magnetometry survey were investigated through a series of 12 test trenches, excavated by Darlene Brooks Hedstrom, Peter Sheehan, and Louise Blanke, with ceramic assessment by Gillian Pyke. These provided some insights into the stratigraphy of the site and the nature of non-architectural deposits, but were more revealing of modern attempts to level the ground surface of the monastery.[24] These findings informed a strategy change: from excavation to the archaeological recording of buildings revealed by the SCA excavations, expanding on the work of Peter Grossmann and including the mapping of all archaeological remains by Dawn McCormack (fig. 6).[25] Another important part of the project was the provision of training in the single-context archaeological method and in recording for local Egyptian archaeologists. 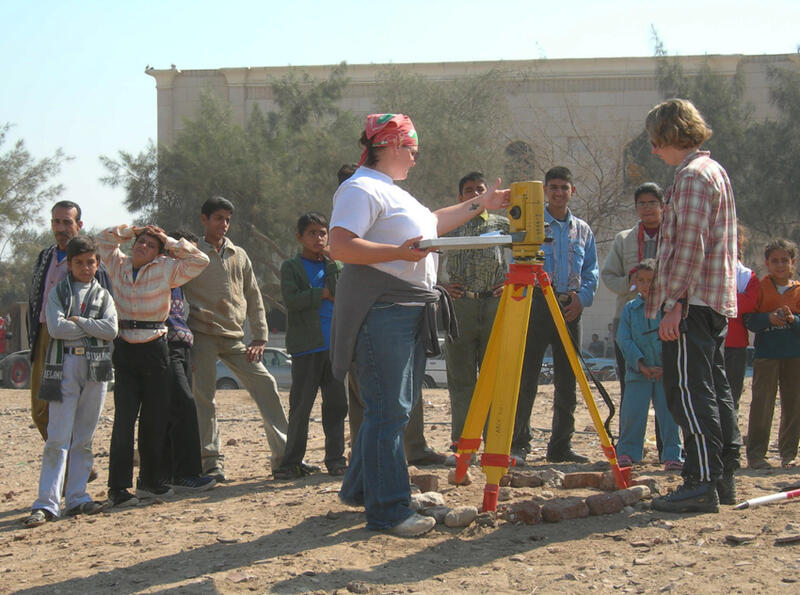 The architectural sequence within the funerary chapel in the northwestern part of the site was established by Peter Sheehan in 2006, with plan and reconstruction drawings by Nicholas Warner. Elizabeth Bolman then undertook a program of art historical investigation and conservation (2007–2012).[26] This work included the documentation and study, by Elizabeth Bolman and Gillian Pyke (assisted by Rick Colman), of the remains of the chapel’s painted program, much of which had fallen (fig. 7), and of the almost intact decoration inside the tomb, in close comparison with paintings within the churches at the White and Red Monasteries.[27] It also included some small-scale keyhole excavations (2008–2009) by Louise Blanke, aiming to clarify arch questions arising from Sheehan’s work.[28] A team of conservators led by Luigi de Cesaris, Alberto Sucato and Emiliano Ricchi stabilized the paintings in the chapel (fig. 8).[29] Their program of cleaning and conservation within the two-chamber tomb revealed a visual program dominated by subjects associated with paradise and resurrection, including gemmed crosses, animals and birds.[30] 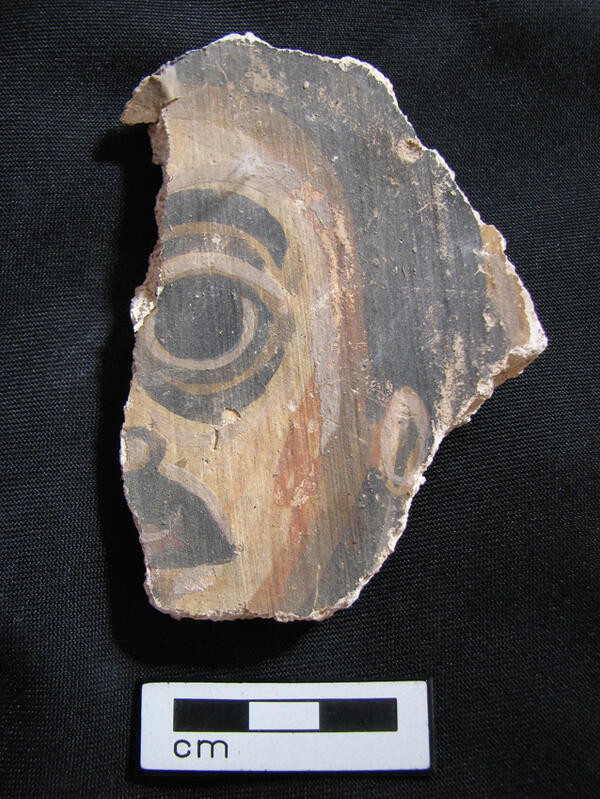 Figure 7. Fragment of a wall painting from the funerary chapel, showing part of a mustachioed face.

Figure 8. Painting of a gemmed cross with antelopes (left), and Emiliano Ricchi and Luigi de Cesaris discussing conservation strategies (right) in the tomb chamber of the Funerary Chapel.

Yale University’s participation in this fieldwork phase focused on the White Monastery church, where an architectural survey by Bentley Layton and Michael Burgoyne began in 2006 and continued under the auspices of YMAP-South until 2018. It aimed to establish an architectural history of the building through detailed architectural observations and photography, with archaeological excavations in the so-called ‘Candle Room’ by Gillian Pyke and Louise Blanke (2011–2012) and a survey of exterior plaster traces by Gillian Pyke (2010).[31] The survey also created a record of the current appearance and condition of the building through high-definition photo-documentation by Joe Rock (2006, fig. 9), planning by surveyor Elisa Lui (2007–2010, fig. 10) and a structural survey by Sam Price (2007). Bentley Layton compiled a catalogue of loose architectural materials in 2008–2010. 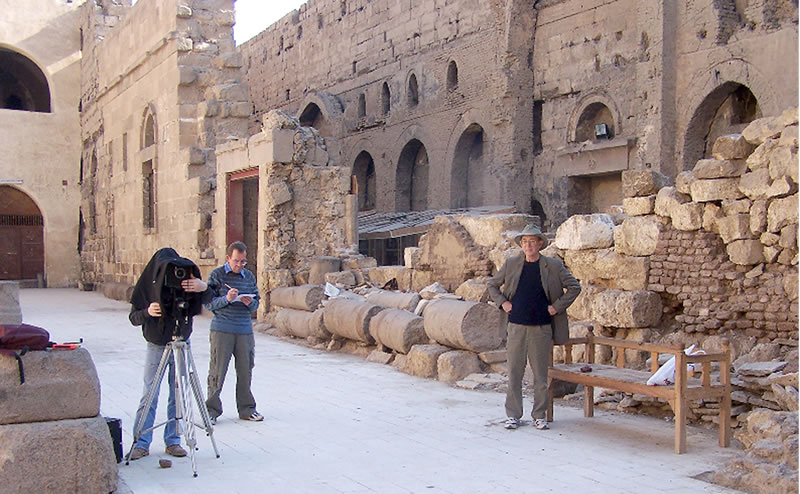 Figure 9. Photo-documentation by Joe Rock, Michael Burgoyne, and Bentley Layton within the nave of the Church of St. Shenoute in December 2006. 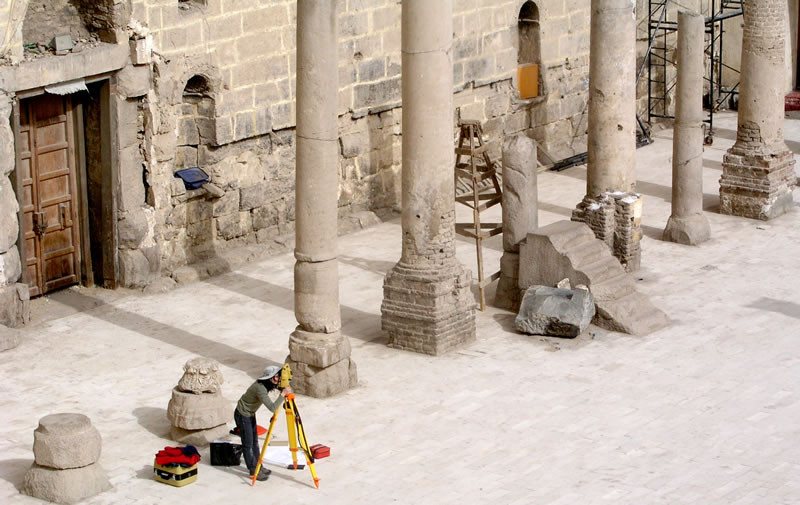 The Yale Monastic Archaeology Project (YMAP-South), led by Stephen J. Davis (project director and principal investigator), Gillian Pyke (archaeological director), Elizabeth Bolman (art historical director), and Bentley Layton (church documentation director) began in 2008 and is ongoing. The project retains the Consortium’s goals and philosophy, also following the multidisciplinary approach to the investigation of the built environment and lived experience at the White Monastery. Louise Blanke’s archaeological investigation of daily life at the monastery for her doctoral dissertation at the University of Copenhagen has since been published as the first volume of the Yale monograph series on the monastery (fig. 11).[32] 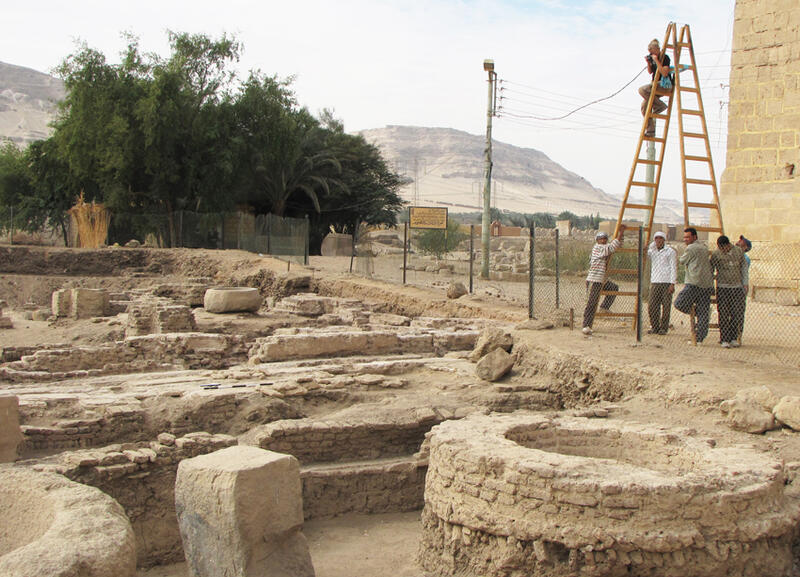 YMAP-South has adopted methods of digital archaeology including Structure from Motion, and image manipulation (mainly D-Stretch) and has sponsored conservation projects to address the stabilization and preservation of buildings and paintings. One of the major new documentary tools was 3D-scanning (fig. 12), undertaken in 2015 and 2019 by Pietro Gasparri, assisted by Giovanni Tamburro (2015 and 2019) and Massimo Carderi (2019). These data were used to create a millimetre-accurate digital record of the church as it appears today. This was also used to create architectural drawings, into which photographs could be integrated, and to plan structural conservation work.[33] Another important aspect of the YMAP (South) work was sharing information, expertise and other resources with local archaeologists (fig. 13), conservators, and the monastic community. 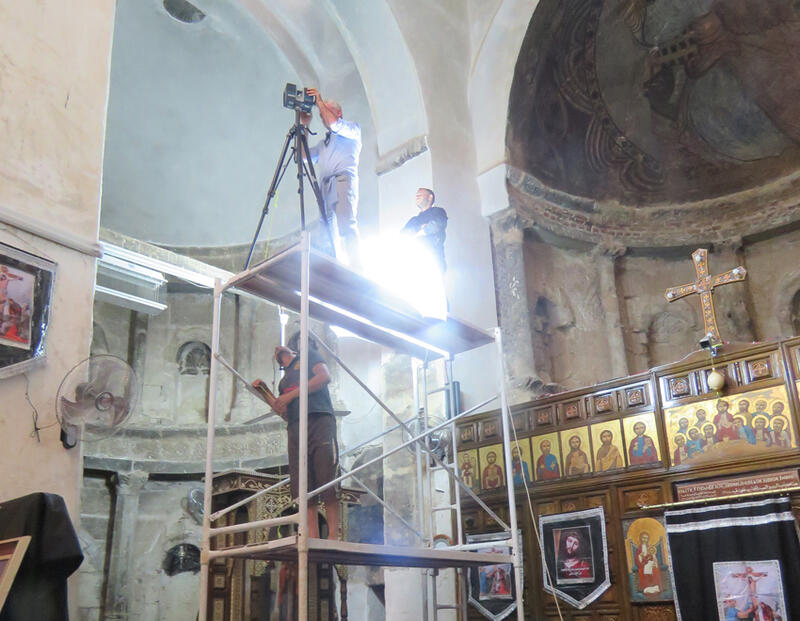 Figure 12. Pietro Gasparri and his team setting up 3D laser scanning in the sanctuary of the Church of St. Shenoute in 2019. 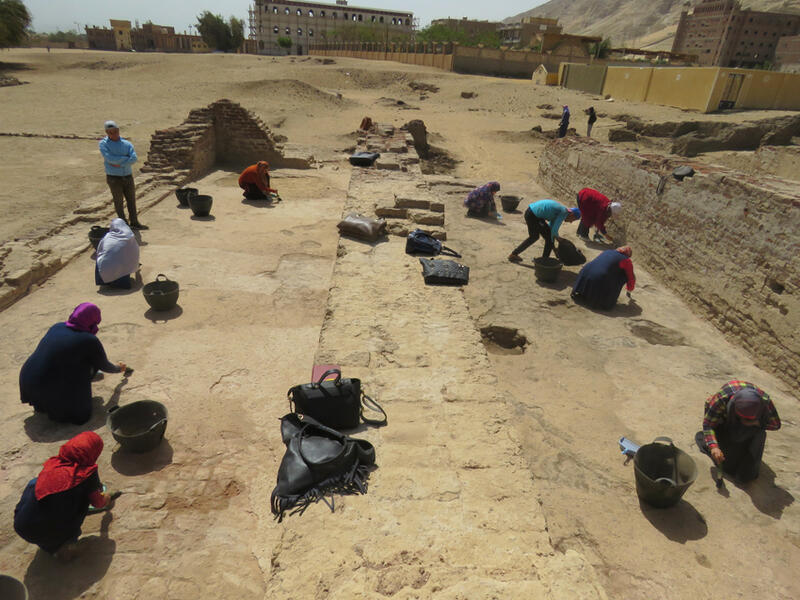 Figure 13. Egyptian archaeologists cleaning the west building in the western archaeological area ahead of the 3D laser-scanning in 2019.

[4] For the White Monastery, see G. Somers Clarke, Christian Antiquities in the Nile Valley: A Contribution Towards the Study of the Ancient Churches (Oxford: Clarendon, 1912), 145–161, figs. 32–35, pls. XLV–XLVIII. The Somers Clarke Collection is in the Griffith Institute Archive at Oxford University: see https://archive.griffith.ox.ac.uk/index.php/clarke-collection.

[21] Brooks Hedstrom, “Archaeological Mission”, 5; T. Brenningmeyer and S. McNally, “Analysis of Space at the White Monastery: Short Report on the Methods and Techniques of Work in Progress,” in Living for Eternity: The White Monastery and its Neighbourhood. Proceedings of a Symposium at the University of Minnesota, Minneapolis, March 6-9, 2003, ed. Philip Sellew, published online at http://egypt.umn.edu/Egypt/1-pb%20pdfs/Bren.pdf.