The Church of St. Shenoute

The church of St. Shenoute at the White Monastery dates to the fifth century. Its architectural plan is that of a three-aisled basilica, and its exterior walls are topped by a cornice in a style reminiscent of Egyptian temples. Over the centuries, the church has been damaged, repaired, remodeled, and rebuilt. As a result, in its present state, the church is somewhat different from the original one that Shenoute built.

The modern visitor enters through a gateway in the south wall into a long room parallel to the church; the original function of this monastic space is uncertain. From the long room, a door leads directly into the large public area or nave of the church, where the congregation originally stood during the mass. Originally all of the church was covered by a roof, but the roof of the building is now missing. 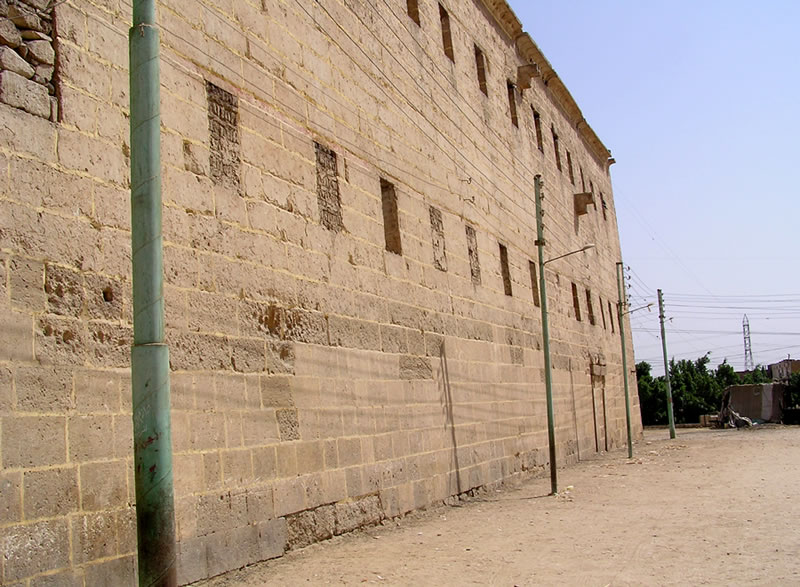 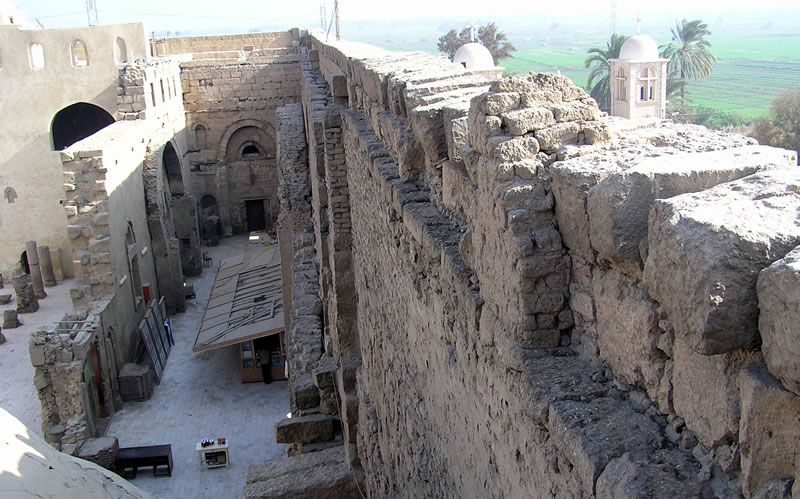 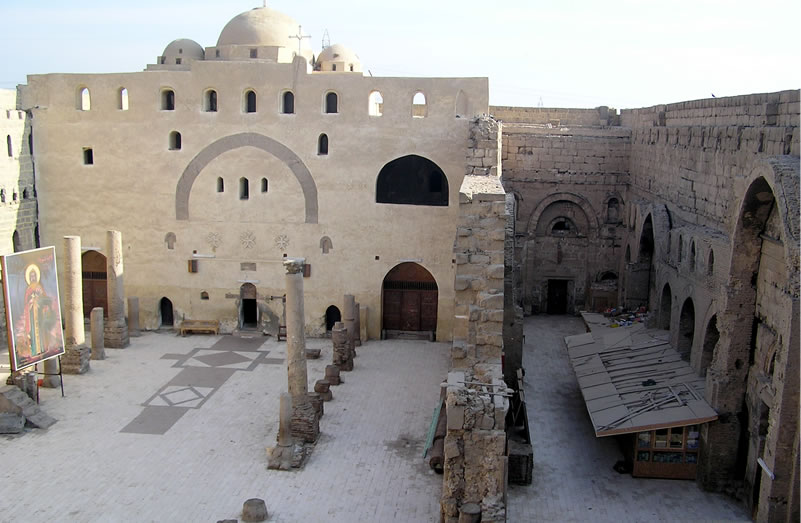 Some of the supporting columns have survived; they formed two long side aisles and short aisles at the back and front. The steps of a stone pulpit can be seen. The inner walls of the nave are decorated with sculptured niches. In ancient times, the walls, columns, and niches would have been brightly painted. 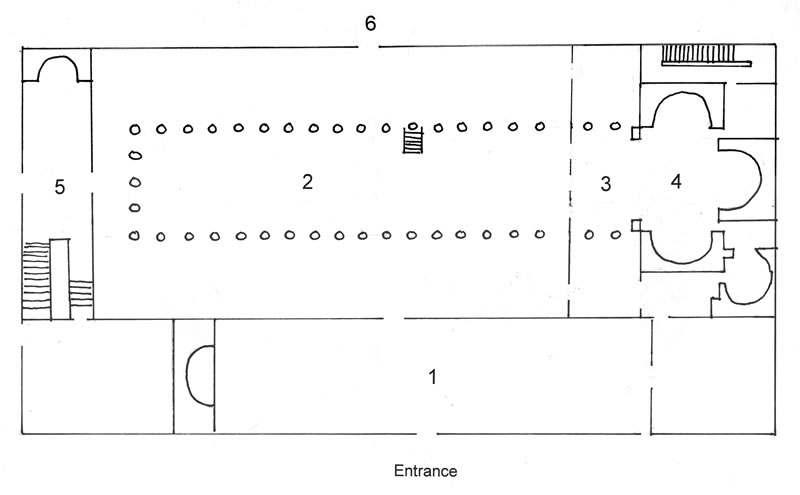 The right (east) end of the nave now terminates in a huge high wall, which was constructed much later than the original church. In the original church, a large arch stood here, leading from the nave into the most sacred area of the church. The present wall replaces the arch; it functions to separate the open-air ruin of the nave from the modern sacred area, which is now inside the wall. 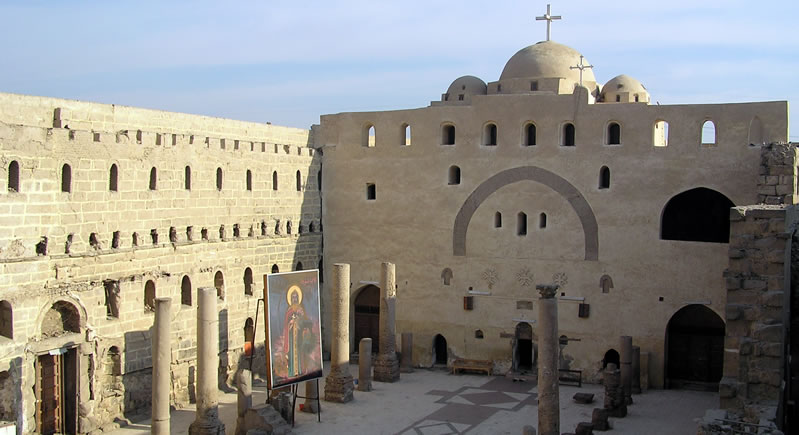 It is pierced by five doors; visitors deposit their shoes outside the central door before going in. Inside is a broad room (choir, or khūrus) (3) where the modern congregation now assembles; this room was built in perhaps the ninth century, and the vaulting above it is even later in date. At the east end are three domed, semicircular chapels (apses) (4). The central apse (haykal) is blocked off by an iconostasis. The central apse contains the main altar. At the other (western) end of the church, the western wall of the building had a gateway, now blocked, that originally led from outside into a vestibule (narthex) (5). Above this and the side aisles was a gallery, from which one could look down into the nave below. Another gateway was located in the north wall (6); it is now blocked. 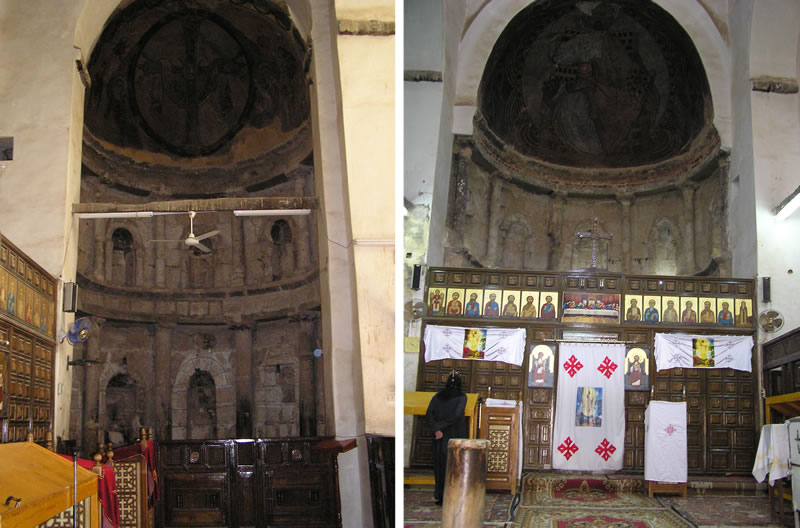 The original ground plan was somewhat different, as seen in the following reconstruction by Peter Grossmann.