Atop a promontory some distance south of Hibis, overlooking the Zayan depression to the south, and surrounded by large brick walls and the desiccated remnants of a once flowing series of wells, is the temple of Qasr el-Ghueita. Although early travelers to Kharga Oasis remarked upon the small temple, apart from brief descriptions and at times erroneous claims concerning the history of the site, this significant monument has slumbered in relative obscurity.

An examination of the temple, its decoration, and its environs — “Gebel Ghueita” — is now part of the ongoing mission of the Theban Desert Road Survey of Yale University, which has already made several discoveries that greatly improve our understanding of the site, and reveal the full significance of its location at the terminus of a desert road linking central Kharga with the Thebaid.

Already survey and trenching within and outside the main enclosure wall of the temple have revealed over four millennia of occupation at the site, with a significant accumulation of material beginning during the Middle Kingdom. Within the temple itself, the study of the architectural history of the central rear sanctuary has proved to be much more complex, interesting, and informative than many a cursory visit has ever suggested, and the recording of that chamber has yielded the first definite evidence for a pre-Persian stone structure at Gebel Ghueita, and reveals that Darius I was responsible for all visible decoration extant in the central sanctuary. 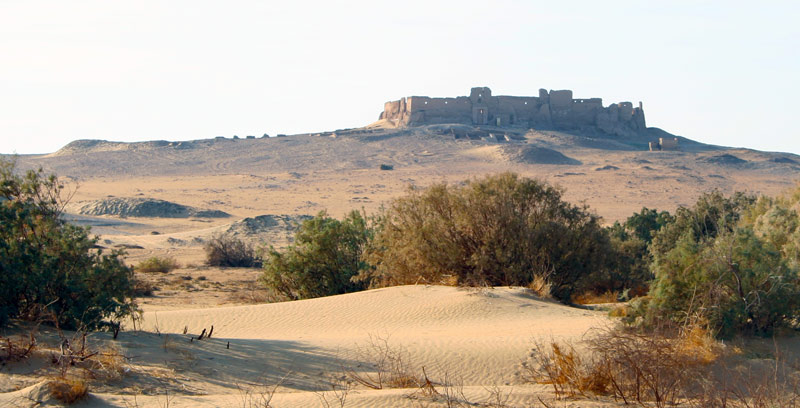